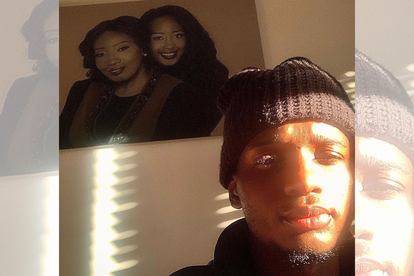 A few days ago South African actress Sophie Ndaba’s son Lwandle released a dissed track aimed at his stepfather, Max Lichaba. In the song, Lwandle makes a number of harrowing accusations against Lichaba and calls him the “devil.” After trending in South Africa after the song’s release, Lwandle has now spoken about why he wrote it.

Lwandle turns his heartbreak into a trending tune

On Monday 16 August Mzansi was left buzzing after hearing esteemed actress Sophie Ndaba’s son, Lwandle’s diss track. The song in question is about his recently estranged stepfather Max Lichaba. In the song, the 22-year-old refers to Lichaba as “the devil” while accusing him of using his mother for her money and sleeping with young women.

The song started trending as soon as it was released as many South Africans reflected on relationships and step-parents. A lot of locals also felt for Lwandle who they believe was “issuing a cry for help” through the song.

Lwandle: A stepson speaks out

After he started trending, the young man has now spoken out about why he wrote the song and how it helped him to express some of the feelings brought along by his mother’s separation from Lichaba.

“As a child witnessing the painful past few years, I have found a way to channel my pain and frustration after watching my mother’s health and finances go on a downward spiral due to the actions of her significant other, my stepfather Mr Max Lichaba.”

“I am expressing my feelings through music as I study music performance. I was hurt and I experienced trauma,” said Lwandle in a Sunday World article.

ALSO READ: No family secret: Actress Sophie Ndaba is moving on from husband No 3

His mother hasn’t said anything about the song but she did take to Instagram to share some inspiring words of encouragement with her fellow South African women:

“Ke Women’s Month. Let’s remember to support one another. We are going through the most and sabotage should not be in our spirits and minds but rather replaced by Botho ke support fela. You lose nothing Angels, nothing and gain Blessings upon Blessings!”