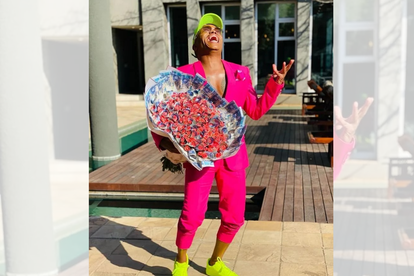 Tweeps are trolling Somizi over his rumoured engagement. Images via Instagram: @somizi

Tweeps are trolling Somizi over his rumoured engagement. Images via Instagram: @somizi

South African media personality Somizi left tongues wagging when he hinted that he was engaged to be married. The Idols SA judge also shared a short clip of himself wearing a very fancy ring on his wedding finger.

One of Mzansi’s most celebrated TV and radio personalities Somizi Mhlongo has been hogging the headlines ever since he was accused of abuse by his estranged husband Mohale.

Since then, there has been a lot of speculation about the pair’s love lives and who they are dating at the moment.

While Mohale appears to be single (or keeping his love life under wraps), Somizi just hinted that he has gotten engaged and is ready to be a married man again.

The bubbly personality first said that he was engaged during a trailer for his reality show Living The Dream With Somizi. He then shared a clip of himself wearing a very fancy ring on his wedding finger.

Needless to say, Mzansi had a lot to say and one Twitter user, @Kris_Bareki, seems to think that he is moving on too fast – especially since he is not divorced yet.

“Lmao. Somizi never rests. Engaged amid divorce,” he wrote in a tweet.

Other people thought that getting engaged again may be a bad idea for Somgaga who stands to lose a lot of money after his divorce from Mohale.

“He better make whoever that is sign a prenup we don’t wanna hear stories.”

“Hopefully it’s someone who’s more deserving of his love. We can’t go through another parasite phase again.”