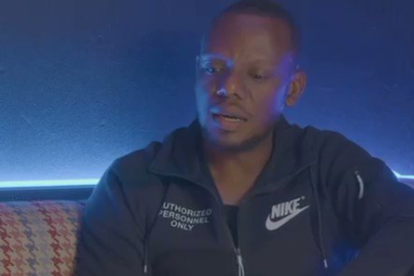 Slikour says he stopped rapping because of fellow musician AKA. Image via YouTube: Chopping It With Bhuda T

Slikour says he stopped rapping because of fellow musician AKA. Image via YouTube: Chopping It With Bhuda T

Siyabonga Metane, popularly known as Slikour, just opened up about why he decided to put the mic down and stop rapping. The former Skwatta Kamp group member revealed that he hung up the towel because of fellow musician AKA who he says made him realise that he was not as into making rap music.

The former rapper now busies himself with creating content for his platform SlikourOnLife which focuses on South African music and musicians.

Slikour shares why he quit the rap game

10 years ago, Skwatta Kamp was one of the hottest groups in South Africa – these days not many know who they are.

Shedding some light on why that is, Slikour – one of the group’s members – sat down with Zingah for a candid interview.

According to Slikour who released his last rap song in March last year, Kiernan Forbes, popularly know as AKA, is the reason why he quit making music.

“When I knew I need to stop rapping, I literally was around a session with AKA and he was starting,” he said.

What is he doing these days?

While he no longer makes music, he still works with various local artists who he profiles and interviews on his online platform SlikourOnLife.

He shares that creating SlikourOnLife helps him stay close to the music and the artists behind the music.

“I love music, listening to artists’ stories and creating the content,” he said, speaking of his venture into business on SlikourOnLife.

“The music saved Siya Metane from Katlehong, Leondale. So that one day he could be here to start and grow a company called SlikourOnLife — that’s employed people, sold its equity, brought it back, and still pulls the interest of funders. I’ve learnt the ‘WHY’ is bigger than me because other people live their WHY through it.