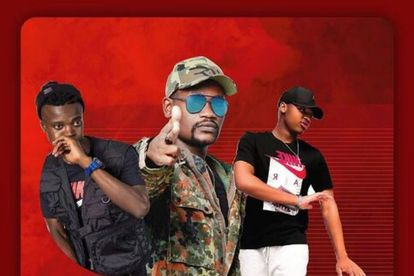 Actor and musician Clement Maosa, who plays the role of Kwaito Maputla-Seakamela on SABC 1’s educational soapie, Skeem Saam has teamed up with musicians, Caltonic SA and King Monada for his single titled Ne Ole Kae.

The actor had his followers excited after he teased a snippet of his new amapiano single on his Instagram account last week (18 September).

The Limpopo-born musicians also worked together on another song titled Good Life back in October 2019, which reached over one million views on YouTube.

The actor-musician told TshisaLIVE that he drew inspiration from people who only see your worth when you start becoming successful.

“It highlights how people will undermine you when you have nothing and sometimes because of where you come from.”

“But when things start happening for you and you are living a good life, they all want to associate with you.”

Maosa is not the only actor who recently stepped out of his role and pursued other interests.

His co-star Cornet Mamabolo, who plays the role of Thabo Maputla has taken a break from the educational soapie to focus on his business.

He announced the news on his social media account and thanked the show’s viewers for all the support over the years.

“I mean I literally matured to be the man I’m today before your eyes.”

“This is a break for me to primarily focus on my insurance business; Digni Financial Services.”