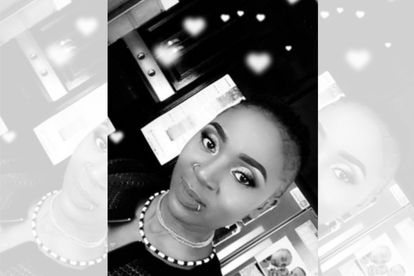 Apparently she is actually nothing like her on-screen character in real life…and we’ve got the photos to prove it!

ZAlebs reported that she plays a conservative dedicated mother and wife who hardly shows off some skin in the soapie. However, when off-screen, she’s a free-spirited woman and a fitness fanatic. And so, earlier in March, she shared photos of herself in a bikini and fans are loving it.

It’s no surprise that Mmola is one of South Africa’s most popular actresses. She was born in Tzaneen in the Limpopo province and later continued her studies at the Tampere University of Technology.

Apart from acting, Mmola is also a casting director, businesswoman and fashion designer. Her more notable roles include Grace Lerothodi in the SABC1 mini-series Death of a Queen, which aired as part of the channel’s Shakespeare in Mzansi strand back in 2008. She’s also played Tumi in Muvhango.

What’s more, she has also done a great amount of work in theatre, appearing in productions such as Ancient Stars at the Giant Theatre, Space Odyssey at the Grahamstown Festival, The Pen at The Market Theatre and Gogo’s Groove at the Aardklop Festival.

On her personal life and GBV

In the past, the star has opened up about her abusive 10-year-marriage. In 2019, she attended MTV’s panel discussion called Stop The Violence – State of the People Round Table to give survivors a platform to share solutions for the scourge.

“It is the sayings that do the rounds like men don’t cry, you strike a woman you strike a rock (that encourage GBV). The truth is women are not rocks and I am not a rock and I can feel pain, I bleed. We need our society to be reshaped into understanding that practices like Ukuthwala, patriarchy and gender inequality perpetuate this culture of abuse – of men feeling entitled and superior to women,” she said according to IOL.

Mmola said she was abused by her former husband over a decade ago and has since been vocal about GBV.

“I feel paralysed and angry at the prevalence of the abuse. I am raising two girls and I am constantly worried and wonder what will become of my girls. Something needs to change,” she said.