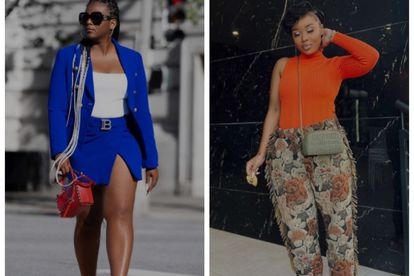 Mamkhize’s media statement regarding the abuse allegeations levelled against her son, Andile Mpisane, has been torn apart on Twitter after she repeatedly mispelled Sithelo’s name.

On Wednesday 7 July, Shawn “MaMkhize” Mkhize released a statement in which she denied knowing about the alleged physical abuse and also called the claims “false”.

Sithelo, who is a DJ and influencer, trended on Tuesday 5 July after she posted clips, pics, and allegations of her reported abusive relationship with her baby daddy and Royal AM Football Club chairman Andile Mpisane.

The couple share two daughters — Florence “Flo” and Likuwe “Coco” — together. In addition, Andile has baby Miaandy with his new wife Tamia, whom he wed three moms after Sithelo gave birth to their second child.

Responding to the allegations, in which Sithelo also alleged that Andile caused her miscarriage, MaMkhize said that neither she nor her family have witnessed any of the allegations. The millionaire also slammed the allegations as “false and defamatory.”

“I would like to categorically state that neither myself not my family have been witness to any alleged abuse against Sithelo and further like to highlight that these allegations are false and defamatory,” MaMkhize wrote in part.

‘WHO IS SITHOLE?’: TWEEPS ASK

Throughout the statement, MaMkhize referred to Sithelo as “Sithole” and this did not sit well with tweeps.

Although she later corrected the error in a new statement, many netizens felt the statement was “rushed” by the businesswoman, while others said it is a reflection of how the Mpisane and Mkhize families do not respect Sithelo.

“They couldn’t even make sure to get her name right. Says a lot! Very cringe #MaMkhize,” one tweep wrote.

“Who is Sithole? The fact that they made such an error shows how rushed that statement was. They are just doing damage control cause now we’re seeing cracks in a masterpiece,” someone else said.

“They couldn’t even get her name right? The disrespect is on another level.Wow,” another tweep wrote in response to MaMkhize’s statement