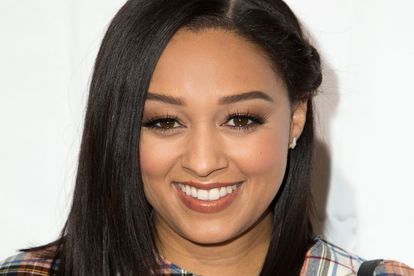 Actress Tia Mowry is filing for divorce from her husband Cory Hardict. Image: The Celebs Fact via Flickr

Actress Tia Mowry is filing for divorce from her husband Cory Hardict. Image: The Celebs Fact via Flickr

Fans were left in shock after actress and reality star Tia Mowry confirmed she intends to divorce her husband Cory Hardict.

Following an initial news report by TMZ, Mowry took to Instagram to announce that the couple’s 14-year marriage was ending.

Mowry posted a photo of the two on Instagram captioned with an emotional message to her fans about her estranged spouse.

ALSO READ: How much will MacKenzie Scott’s husband get in divorce?

A SAD ENDING TO THE FAIRY TALE

“I have always been honest with my fans, and today is no different. I wanted to share that Cory and I have decided to go our separate ways. These decisions are never easy, and not without sadness,” said Mowry in the caption.

” We will maintain a friendship as we co-parent our beautiful children. I am grateful for all the happy times we had together and want to thank my friends, family and fans for your love and support as we start this new chapter moving forward in our lives.”

The documents stated that Mowry was filing for divorce citing irreconcilable differences.

Mowry and Hardict got married in 2008 and have two children, 4-year-old Cairo and and 11-year-old Cree.

The couple have shared many happy-looking family photos on their social media over the years.

Mowry married Hardict soon after starring on the reality show Tia and Tamera with her twin sister.

The twins shot to fame in the 1990s on their sitcom Sister, Sister.

According to the tabloid, Mowry’s lawyer Disso Queen Laura Wasser didn’t specify a date of separation.

However, Mowry has asked the courts for joint physical and legal custody of their children.

She apparently wants to stop the courts from granting Hardict spousal support, noting that the couple have a signed prenuptial agreement.