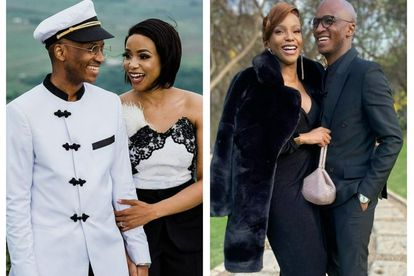 Sipho Ngwenya and his wife Aamirah are celebrating their 2nd anniversary. Images via Instagram: @mirah_aamirah

Sipho Ngwenya and his wife Aamirah are celebrating their 2nd anniversary. Images via Instagram: @mirah_aamirah

Sipho Ngwenya who is better known as Psyfo and his wife, Aamirah Ngwenya took to Instagram to express their love for each other as they celebrated their two-year anniversary on 21 November.

The former ‘Generations’ actor said that they have managed to have a family in just the two years they have bene married.

“Happy 2 year anniversary, my wife!!! We have managed to start our own family in such a short space of time since we met. To many more years together and our newborn King!!!,” he wrote.

Sipho’s wife Aamirah also said getting married was the best decision they’ve ever made.

“Today we celebrate the best decision we ever made. To two beautifully, challenging years. Happy anniversary,” she wrote.

Daily Sun reports that the couple welcomed their baby boy last month and they finally showed his face on Monday, 21 November.

When he was born, Sipho took to social media to share that he had been waiting to be a dad and thanked Aamirah for making him a father – as per the publication.

“I waited for you for so long but I was patient enough to know that only good things come to those who wait. No words can express how happy you have made me. It’s only been a few days, but you have already shown me what true love is all about. I cannot wait for many more days with you as my son! Welcome to the world, my boy,” Psyfo wrote.