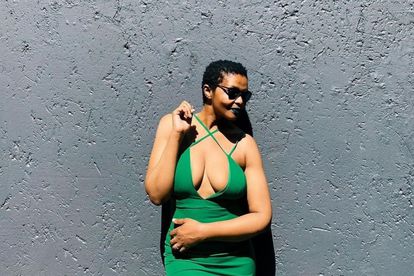 South African singer Simphiwe Dana thanked her fans for helping her find her car via a tweet on 6 November, after it was allegedly stolen by employees at the panel beaters.

On Friday 5 November, Simphiwe Dana announced that her car was allegedly stolen by the employees at the panel beaters.

“My car just got stolen about three hours ago at a Panel beaters by one of their employees. Registration FR77KR GP,” she tweeted.

In an attempt to locate her car, the singer shared the names and faces of four people.

“If you know these people please DM or call the police anonymously. Their names are Andre Machava and Den Machava,” she wrote in a tweet.

She also revealed the name of the panel beating company she took her car to.

THE CAR IS FOUND: ‘WHO STEALS A CHEVROLET?’

Later that day the Nzima hitmaker announced that her car had been found.

“Good news! My car has been found. The tracker miraculously started working after it seemed it was disabled. Now to figure out what really happened. Intriguing,” she tweeted.

In a follow-up tweet Simphiwe thanked her 353 800 Twitter followers for helping her in the process of finding her car. She explained that when the information was spread, the “thieves” got scared and abandoned her car. That is how she was able to finally retrieve it.

“I believe it was the power of social media that scared the thieves into abandoning my car. When their names and faces were everywhere, maybe they freaked out. So thank you for spreading the word. Nangamso,” she tweeted.

She then went on to question who would steal a Chevrolet because she thought thieves were not interested in those cars.

“Oh plus the fact, who steals a Chevrolet? I bought this car because I heard car thieves aren’t interested in it,” wrote Simphiwe in a tweet.