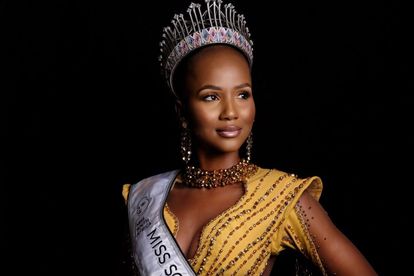 Saturday 16 October marks the end of her Miss South Africa reign for Shudu Musida. But strangely enough, it’s not the end of the road for her pageant participation…

Despite the 25-year-old officially handing her crown over this weekend to a new woman, she will still represent the country at the Miss World pageant in December.

Later this year, Shudufhadzo Musida will travel to Puerto Rico where the 70th annual Miss World pageant will take place on 16 December.

Jamaica’s Toni-Ann Singh – who is currently in Mzansi as a special guest of the Miss SA – will hand over her crown to her successor.

But a few tweeps are wondering why Shudu, and not the new Miss South Africa, will compete in the 2021 pageant. Especially as the new queen will participate at the Miss Universe pageant in Israel, also in December.

One tweep posted: “So Shudu will go to Miss World in December while there’s a new Miss SA and another person from the new batch will go to Miss Universe in the same month?

They added: “We will say goodbye to Shudu on Saturday and welcome a new Miss SA but we will also watch Shudu prepare and compete for Miss World while another person prepares and competes for Miss Universe concurrently?”

However the reasoning behind Shudu’s participation in Miss World 2021 is down to last year’s pageant being postponed in 2020 due to the Covid-19 pandemic.

Organisers pushed back the show to take place a year later, meaning Toni-Ann, who was crowned in 2019, had a longer reign than usual.

SHUDU MUSIDA: WHY I WANT TO BE MISS WORLD

Shudu Musida appeared on SABC 3’s Expresso Show on Thursday morning where she shared how her preparations for the pageant are going.

The mental health ambassador also clarified confusion over her participation.

She said: “A lot of people ask me why I want to be Miss World. Well the cornerstone of Miss World is the essence of who I am: beauty with a purpose.

“I’m very very excited for that”.