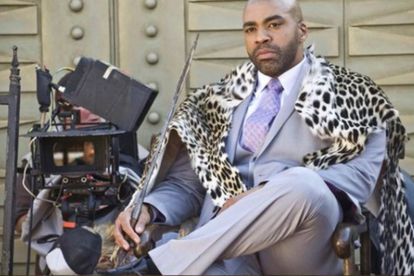 Late producer and actor, Shona Ferguson has received the Hollywood and African Prestigious Award in the Best Actor category, for his Kings of Jo’Burg role as Simon “Vader” Masire.

The Netflix series, Kings of Jo’Burg, has also received the Hollywood and African Prestigious Award for Outstanding Drama Series in Africa, whilst actress, Cindy Mahlangu won Best Supporting Actress, for her role as Phumzi.

‘THE JOY HE FELT’

Shona Ferguson’s wife, Connie Ferguson penned a heartfelt message to her late husband last night (25 October) after he received the international award for his role in Netflix series.

The awards were attended by the actress’s brother, Sam Davis, who is also the co-executive of Kings of Joburg.

“The smile on my brother and co-executive producer on #kingsofjoburg @samaddavis face is very telling of the joy he felt in his heart when he received these awards.”

“These are major wins for all of us! I am so proud of this show and the hard work and passion that went into creating and making it!”

Shona Ferguson passed away due to COVID-19-related complications on 30 July. The actor was 47 years old at the time.

A thrilled and stunned Cindy Mahlangu also shared her win with her followers on her Instagram story.