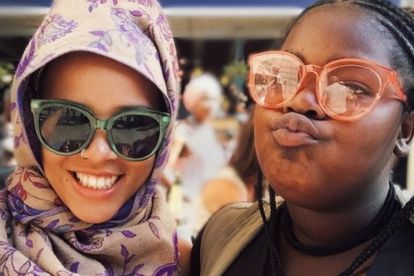 A memorial service for Sho Madjozi’s sister, Nyeleti Maganye will take place over the Easter weekend. Image via Instagram @shomadjozi

A memorial service for Sho Madjozi’s sister, Nyeleti Maganye will take place over the Easter weekend. Image via Instagram @shomadjozi

In December 2019, award-winning artist Sho Madjozi mourned the loss of her younger sister, Makhanani “Nyeleti” Maganye after she was involved in a car accident. Taking to Instagram on Monday 11 April, Madjozi said since the loss of Nyeleti, she has not been the same. The John Cena hitmaker added that with time, she will pick herself up again.

In a statement, Sho Madjozi’s former management, We Make Music, shared that Nyeleti Maganye passed away in a car accident on 17 December 2019 in Bungeni Village, Limpopo. Nyeleti was laid to rest on 22 December.

“We further thank all organisers of various shows that Sho Madjozi could not honour during this difficult process. We acknowledge and appreciate the disappointment of fans who were looking forward to her performances and appeal for their understanding and support,” read the statement.

“The love and support from family and friends has kept her going as she mourns her dearest sister and friend.”

“It’s been two years since she left us and I have not been the same since. She was the bubbliest, sweetest girl and I miss her so much. For her sake, I need to celebrate her life and pick myself up again. Rest well, Nyeleti. Love you always,” wrote the 29-year-old muso.

WHAT IS SHO MADJOZI UP TO?

After a social media hiatus, Sho Madjozi took to Instagram in March 2022 to update fans on what had been happening in her life.

“I discovered two people on my team had been stealing and doing all sorts of dodgy things to block opportunities from me. Some of the weapons formed against me were prospering a little bit. It’s been painful but I’m tired of sitting around feeling miserable about it,” wrote Madjozi.

She and Tanzanian muso Nandy released the music video for their collaboration titled Kunjani on 9 March. Sho Madjozi has promised fans that new music from her is on the way!