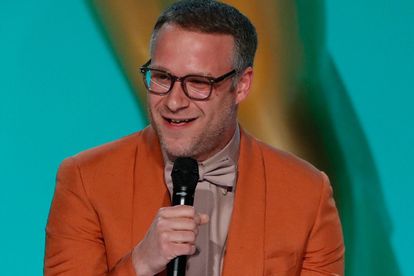 Leaked visuals from the glitzy show which took place on Sunday night have seemingly revealed that organisers and attendees did not abide by a mandate which governs large events in California, where the ceremony took place.

IS HOLLYWOOD ABOVE THE LAW?

Whilst many other recent entertainment events such as the Met Gala, New York Fashion Week and the MTV VMA’s in the last week abided a mandate which stipulates that all persons wear a face mask in an indoor venue, the Emmy Awards appeared to have shunned it altogether.

Guests were pictured seated at crowded tables where no social distancing was set in place and no-one was required to wear a face covering.

“No distancing, no masks. Clearly a slap in the face for all the front line workers”, said one irate Twitter user.

Others wondered if celebrities and the Emmy Awards were “above the law”.

“California has an indoor mask requirement but the Emmys seem to be excused from it. I guess Covid and social distancing doesn’t apply to Hollywood?”, posted another.

“No one at the Emmys wore a mask but we are expected to wear a mask even if we are vaccinated. I guess the rules don’t apply to politicians and rich people”, tweeted a third.

According to a media statement from the Emmys prior to the show, all attendees were required to show proof of vaccination and a negative lab-based Covid-19 test result.

However there was no word on face masks and social distancing being a requirement.

Hollywood actor and comedian Seth Rogen – who delivered a monologue on stage – used his speech to slam the Emmy Award organisers for seemingly disregarding the law.

He said: “Let me start by saying there are way too many of us in this little room. What are we doing?

“Why is there a roof? It’s more important that we have three chandeliers than that we make sure we don’t kill Eugene Levy tonight? That is what has been decided.”

“They said this was outdoors. It’s not. They lied to us. We’re in a hermetically sealed tent right now. I would not have come to this.”

Seth also questioned the logic of the show and the message it sent out to the public.

“This is insane. I went from wiping my groceries to having Paul Bettany sneeze in my face.”