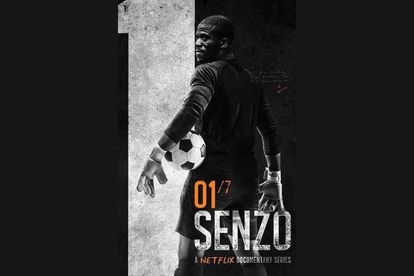 The Senzo Meyiwa Netflix documentary has left many viewers confused as to what really happened to the former Bafana Bafana captain.
Image via Netflix

The Senzo Meyiwa Netflix documentary has left many viewers confused as to what really happened to the former Bafana Bafana captain.
Image via Netflix

The Netflix documentary Senzo: Murder of a Soccer Star comes amid the murder trial of five men accused of killing the Bafana Bafana captain.

It also leaves behind dozens of unanswered questions about what transpired on the night he died, and the sequence of events thereafter.

Senzo Meyiwa was shot and killed on 26 October 2014 at the home of his girlfriend Kelly Khumalo’s mother in Vosloorus.

At the time of his death, seven adults whom Senzo knew were in the home. The witnesses  – including Kelly – maintain that intruders killed the star in a botched robbery.

But is that the truth or is there more to the story?

Many South Africans have been left reeling after the Senzo Meyiwa documentary.

The five-part series delves on the potential suspects and their motives, a look at the seven people in the home at the time of death and testimonies from the men suspected of killing the star.

The documentary also touches on theories at play – including questioning if either girlfriend Kelly Khumalo or singer Longwe Twala were involved.

But after watching the documentary, it seems many are more confused than ever. Several questions have also remained unanswered. They include:

Amid the Senzo Meyiwa murder trial, which resumes in the Pretoria High Court on Friday 22 April, the Netflix documentary has been a trending topic on Twitter.

“The Senzo Meyiwa documentary on Netflix just leaves more questions than answers. Hopefully one day, the truth will come out”

“The Senzo Meyiwa case is beyond human investigation, it will take God’s intervention for the killers to be found. So many unanswered questions”

“So much speculation, so many unanswered questions. I don’t know why your two best friends don’t say who pulled the trigger”