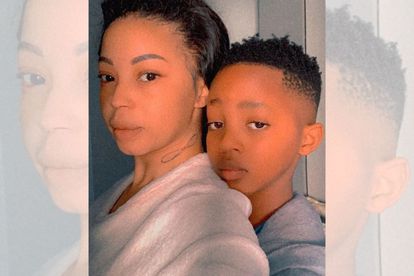 The murder trial of Senzo Meyiwa is underway at the Pretoria High Court, but many South Africans are finding it hard to put their faith in the justice system.

That’s because many theories are at play about who killed the Bafana Bafana captain and Orlando Pirates goalkeeper. Some Twitter detectives even claim that the five men on trial were “framed” by the police. In fact, fans think the probability of a professional hitman murdering the Bafana Bafana star in a room full of witnesses is highly unlikely.

Instead, rumours are rife that one of the witnesses in the house where Senzo died, is responsible for his death

Senzo Meyiwa was shot and killed on 26 October 2014 at the home of his girlfriend and baby mama Kelly Khumalo’s mother in Vosloorus. At the time of his death, seven adults — whom Senzo knew — were in the home. The witnesses, including Kelly – maintain that intruders killed the star in a botched robbery.

In the midst of commentary surrounding the Senzo Meyiwa trial, one tweep reposted a video of singer and socialite Kelly Khumalo claiming her son knows the identity of the murderers.

Christian — whose father is the former Moja Love presenter and musician Jub Jub — was three years old at the time of Senzo’s death.

In a 2018 interview, Kelly told eNCA: “My son remembers Senzo very well. He asks about him. Every now and then I need to make up a story because I feel he’s not ready [to know what happened].

“At some point, he saw some guys on TV and he said: ‘I don’t like those uncles. They killed my father’ .”

“My son was there. He remembers the people and what they looked like. That memory has stayed with him until today”.

The interviewer – Ayanda-Allie Paine – did not question Kelly further on who the men supposedly were.

Which begs the question among many South Africans: Could Kelly Khumalo’s son possess key information on who shot and killed Senzo Meyiwa?

IS KELLY HIDING SOMETHING?

With the murder trial in full swing and hot on the heels of the Netflix doccie Senzo Meyiwa: Murder of a Soccer Star, many tweeps are convinced that Kelly knows more than what she is willing to reveal.

Some have even recalled a moment in the documentary where Kelly Khumalo refused to let her son Christian chat to police about what he saw.

“The interviewer dropped the ball here. And remember Kelly didn’t want her kid to describe the killers to the sketch artist.”

“The fact that Kelly didn’t want her son to be interviewed is alarming. Kids tell the truth as it is.”

“Gotta ask yourself why Kelly Khumalo doesn’t want the key witness, being the son, to talk to cops. And also might be the reason why she doesn’t want him to see Jub Jub. She’s hiding something”