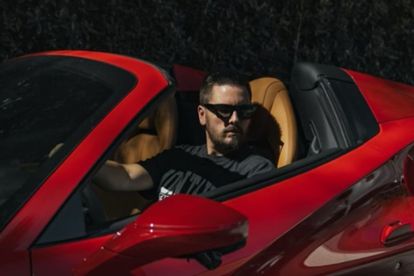 Scott Disick and his recent girlfriend Rebecca Donaldson have reportedly called it quits after just two months of dating.

A source told US Weekly that the pair “were never serious to begin with” and were only “casually dating.”

The source added that Scott will not be cutting off Rebecca because he likes to remain amicable with the girls he dates. However, The Kardashians star is reportedly “on the prowl” again after the break up.

“Scott hits up a lot of girls whenever he’s looking for company and has a lot of girls’ numbers,” claimed an insider according to In Touch Weekly.

Scott’s ex-girlfriend and “baby mama” Kourtney Kardashian, revealed that she wasn’t happy with the way The Kardashians editors edited the show. She explained that she was annoyed by the editing of the show.

“[Travis and I] film and have the best time ever, and then we’ve been watching the edits, and it’s been so annoying because they’re swirling us in with this Scott drama,” she said.

“That night [Barker proposed to me], I wasn’t like, ‘God, everyone’s such f****** a******* for bringing up this [Disick’s reaction] because it wasn’t a part of the night. It was like two seconds of the night. I didn’t even remember it until I saw a cut of the episode,” she continued.

Kourtney explained that the way the show was edited is “enabling this old narrative and buying into something that doesn’t really exist.”