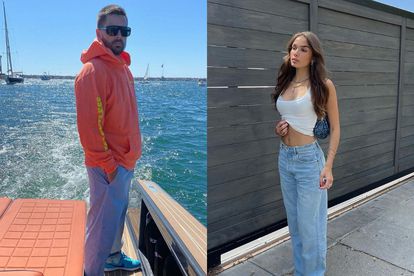 Just a month after his ex Kourtney Kardashian got engaged to Travis Barker, Scott Disick may have found his next girlfriend. Scott was photographed with 24-year-old Hana Cross at Nobu in Malibu, California on Monday 8 November.

The Talentless CEO was seen in a black baseball cap, a hoodie and a green puffer vest while Hana was wearing a blue blazer, matching slacks and a white cropped top.

There is quite an age gap between the pair, Scott is 38 while Hana is only 24. That is a 14 years age difference. However, this is not the first time the television personality has dated younger. Earlier this year, Scott dated 20-year-old American film actor Amelia Hamlin. However, she reportedly dumped him after he commented on Kourtney’s public display of affection with Travis —  “is this chick okay!?” he said.

The socialite also dated 23-year-old Sofia Richie for around three years between 2017 – 2020. While Scott seems to like younger girls, Kourtney is four years older than him.

The Keeping Up With The Kardashians star was spotted leaving the eatery with Cross as they both attempted to stay under the radar. Hana Cross is the ex-girlfriend of David and Victoria Beckham’s son, Brooklyn Beckham. Hana and Brooklyn dated between 2018 and 2019. Brooklyn is now engaged to Nicola Peltz.

Scott Disick was in an on-and-off relationship with Kourtney for about 10 years. The pair shared three children together — Mason (11), Penelope (9) and Reign (6). Scott tried his best to win back the love of the mother of his children, However, he was unsuccessful.

Travis officially asked Kourtney to marry him on 17 October. Scott did not take the news well and was reported “in a bad place”.

“He’s going to go off the deep end. It’s really bad. It’s about to get dark,” said a source to Page Six at the time.