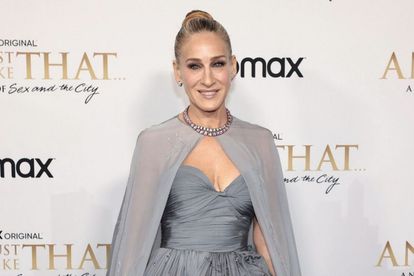 Sarah Jessica Parker has damaged her feet after wearing high heels for years on ‘Sex and the City.’ Image via Twitter @VogueRunway

Sarah Jessica Parker has damaged her feet after wearing high heels for years on ‘Sex and the City.’ Image via Twitter @VogueRunway

Sarah Jessica Parker damaged her feet after wearing heels so much during Sex and the City.

The 56-year-old actress – who played shoe-obsessed columnist Carrie Bradshaw in the hit 1990s comedy series and its new sequel And Just Like That… – revealed that she had “created a new bone” in her foot after wearing high-heels on set for up to 18 hours a day.

“I went to a foot doctor and he said, ‘Your foot does things it shouldn’t be able to do. That bone there … You’ve created that bone. It doesn’t belong there. For ten or so years, I literally ran in heels. I worked 18-hour days and never took them off. I wore beautiful shoes, some better made than others, and never complained,” she said.

LESS TUTUS AND HIGH HEELS IN ‘SEX AND THE CITY’ REBOOT

During the original run of the show — which focused on Sarah Jessica Parker’s Carrie Bradshaw and friends Charlotte York (Kristin Davis), Miranda Hobbs (Cynthia Nixon) and Samantha Jones (Kim Cattrall) as they navigated life in New York City — Carrie wore a memorable pair of a pair of blue Manolo Blahnik Hangisi heels for during her wedding to Mr Big, but for the reboot series, producer Andy Cohen explained that the fashion would now reflect that of women in their 50s.

He told Us Weekly: