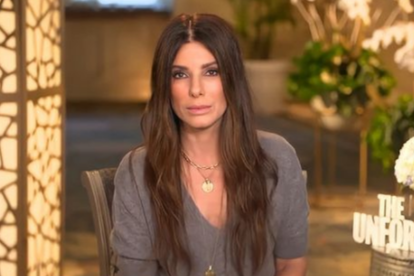 Sandra Bullock has opened up about how she’s navigating the subject of race while raising her Black children. Image: @sandrabullock_ig/Instagram

Sandra Bullock has opened up about how she’s navigating the subject of race while raising her Black children. Image: @sandrabullock_ig/Instagram

American actress and producer Sandra Bullock opened up about the silent battles she faces being the mother of two adopted children, with Jada Pinkett Smith. It isn’t all smooth sailing.

Sandra has two children, Louis (11) and Laila (9). She adopted Louis in 2010 and Laila in 2015 and has done her best to keep them out of the media. Adoption takes a whole lot of courage and love, and Sandra was ready for it, but it has not been easy.

SANDRA ON STRUGGLES OF ADOPTED MOTHERHOOD

Sitting down on the well-known talk show, Red Table Talk with Jada, Willow Smith and Adrienne Banfield-Norris, Sandra let it all out. The loving mother said things she normally wouldn’t as she knows the judgement that will come with it.

While it is not an issue for her, the A-list actress sees how people look at her and her babies. Skin colour does not even register in her mind, but it definitely does in the eyes of society.

“To say that I wish our skins matched, sometimes I do. Because then it would be easier on how people approach us.”

Sandra knows it will not be easy on her babies, especially as they get older and start noticing the things that she does. It just is not fair and she wishes she could change it.

Sandra’s words hit hard and you could see it in everyone’s faces who sat around the table with her. The struggles she’s facing cannot be easy.

READ ALSO: ‘WHAT HAS HE DONE TO HIS FACE?’ WILL SMITH’S NEW FACE SHOCKS FANS [PHOTOS]

Jada let Sandra know that the colour of her skin does not determine what type of mother she is. The fact that she has been able to mother someone else’s children as her own, despite the colour of their skin, says it all!

“It’s the mother-child dynamic. There is no colour. We don’t have to put a colour on…”

Both Sandra and Jada pray that one-day society will get to the point where race is overlooked and love is seen for what it is, love. There is too much hate weighing the world down, we need to let it go.