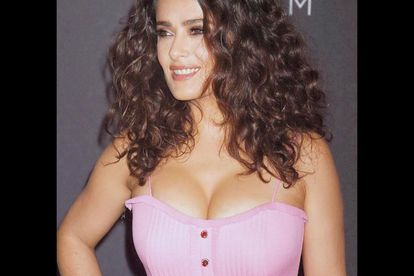 While the final Eternals trailer dropped earlier on Thursday 19 August, Mexican-American actress Salma Hayek Pinault revealed she thought Marvel was going to offer her a “grandmother” role in the upcoming film, which is set for release on 5 November.

Eternals is set to be the first movie in the fourth phase of the Marvel Cinematic Universe.

“The Eternals, a race of immortal beings with superhuman powers who have secretly lived on Earth for thousands of years, reunite to battle the evil Deviants,” according to the film’s synopsis.

Salma Hayek revealed that she almost did not take the role on Marvel’s Eternals because she thought she would be cast as a grandmother. However, she changed her mind when she heard award-winning filmmaker Chloe Zhao was going to be directing the film.

“I said, forget it. God knows what kind of grandmother they want me to play. I’m used to being [told] I’m going to be the extra or the old prostitute. And then they said the director was Chloé Zhao, and I said, ‘Okay! Let’s have the meeting!” Hayek told Entertainment Weekly.

Mother of all Eternals: Cast in role of Ajak

After the meeting, the Grown Ups star learnt that Zhao actually hand-picked her to play the role of Ajak, one of the most important members of the Eternals and a character which was originally intended for a man.

Zhao was impressed by how diverse the cast of Eternals were scripted, which includes the role of Makkari being played by hearing-impaired actress Lauren Ridloff.

“That really impressed me, how diverse the cast was [in early drafts]. Not just in terms of gender, race, age, but overall, I could see the desire to reflect the world that we live in, as much as possible,” said Zhao to Entertainment Weekly.

“What was most important to me was actually to be able to tell a story and to craft characters to be as individual as possible, and to really showcase what’s underneath the surface of what they look like and what they represent,” she continued.

WATCH THE ‘FINAL’ FOR ETERNALS HERE

While the official teaser for Eternals was considered the biggest online trailer drop for a Disney-Marvel film since the 14 months of the pandemic pulling in 77 million views on its first day, the Eternals “final” trailer is here!