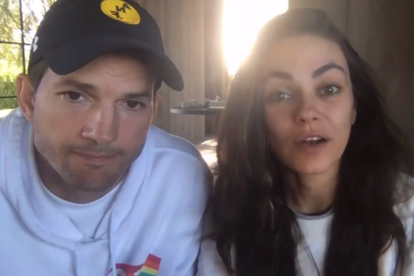 Ashton Kutcher and Mila Kunis have raised over $30 million for Ukraine refugees. Image via Instagram: @afork

Ashton Kutcher and Mila Kunis have raised over $30 million for Ukraine refugees. Image via Instagram: @afork

Two weeks ago, actor and actress Ashton Kutcher and his wife Mila Kunis announced that they were starting a crowdfunding page to raise funds for Ukrainian refugees. In a heartwarming video, the couple explained that Mila was born in Ukraine but moved to the US when she was only nine. She also said that she was proudly Ukrainian while Ashton added that he was proud to be married to a Ukrainian woman.

The couple has since reached their $30 million (around R445 million) goal and shared another touching video to thank the over 65 000 people who donated money towards the cause.

Ashton Kutcher and Mila Kunis raise over $30m for Ukraine

“We just want to say that we hit our goal,” said Mila Kunis in an Instagram video posted on husband Ashton Kutcher’s page on Thursday 17 March this week.

Earlier this month, on the 3 March, the pair shared a video urging people to give money towards their goal of $30 million to donate to Ukrainian refugees who have been left homeless during the war which is currently raging in the country.

The couple has since managed to make over $30 million and excitedly shared that over 65 000 people headed over to their GoFundMe page to make donations.

“Over 65,000 of you donated. We are overwhelmed with gratitude for the support and while this is far from the solution of the problem, our collective effort will provide a softer landing to so many people as they fore ahead into their future of uncertainty,” said Mila in the latest clip.

She and Ashton earlier explained that they were working side by side with Flexport.org and Airbnb.org, organisations which they say are “are actively on the ground providing immediate help to those who need it most.”

The couple also added that their work is not done yet. They said that they will make sure every cent of the money is used in the best way possible.

Our work is not done. We’re going to do everything we can to ensure that the outpouring of love that came from you all as a part of this campaign finds a maximum impact on those in need.

“As funding continues to come in, we’re going to treat every dollar as if it’s being donated out of our pocket, with respect and honor for the work that went into earning it, with the intent of love through which it was given and the desire for it to be maximized for a positive outcome for others.”

They also added that they are now changing the goal to $40 million.

“Our work is not done, which is why we are raising the goal to $40 million. We will do everything we can to ensure that the outpouring of love that came as a part of this campaign finds maximum impact with those in need,’ they wrote.

“Funds have already and will continue to be delivered to Flexport.org and Airbnb.org so they can act now.”