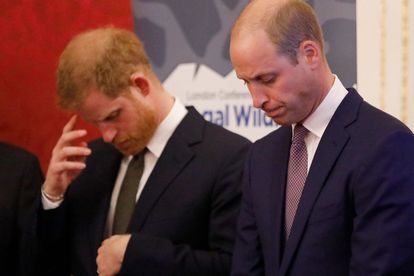 Prince William and his brother, Prince Harry had a “fierce and bitter” argument over allegations that Meghan Markle was bullying some staff members: There was so much bad blood between the brothers that Prince William split the households.

These are just some of the explosive claims that are contained in a new book titled Battle of Brothers: William, Harry and the Inside Story of a Family in Tumult,  written by author and historian Robert Lacey.

Markle married Prince Harry in 2018. It has been widely reported that Prince Harry and Prince William’s relationship has been shattered, mainly because the future King did not approve of Markle.

The American actress reportedly had a complaint filed against her by a former communications secretary. When Prince William learnt about this, he confronted his brother about it.

“The showdown between the two siblings was fierce and bitter,” Lacey wrote.

“William believed Meghan was following a plan – ‘agenda’ was the word he used to his friend.”

The author added: “Meghan was undermining some precious principles of the monarchy, if she really was treating her staff in this way, and William was upset that she seemed to be stealing his beloved brother away.”

Battle of the Princes: Harry vs William

According to the book, the princes first clashed on the phone, over the alleged bullying, before Prince William confronted him again in person.

“When Harry flared up in furious defense of his wife, the elder brother persisted,” reads an excerpt.

“Harry shut off his phone angrily, so William went to speak to him personally. The prince was horrified by what he had just been told about Meghan’s alleged behavior, and he wanted to hear what Harry had to say. The showdown between the brothers was fierce and bitter.”

Prince Harry and Meghan did an interview with Oprah Winfrey, which aired in March 2021, in which they detailed the circumstances behind their decision to move to the United States of America (USA).

The couple stepped down as senior members of the royal family in January 2020.