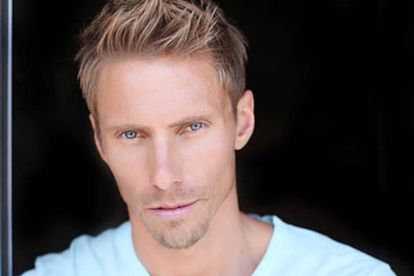 Roland Schoeman has issued an apology after his tweets attracted backlash
Image via Facebook
@roland.schoeman.75

Roland Schoeman has issued an apology after his tweets attracted backlash
Image via Facebook
@roland.schoeman.75

Roland Schoeman has found himself on Twitter trends back home after he engaged in a heated Twitter rant over Covid-19 preventative measures.

The former Olympic swimmer tweeted his frustrations at Professor Mosa Moshabela who shared his opinion on ways to combat the new Covid-19 variant; Omicron.

But Roland Schoeman took a major “L” after he told the expert to “do his research” when it comes to the virus. The professor in question holds the position of Deputy Vice Chancellor of Research and Innovation at the University of KwaZulu-Natal.

But the South African born star – who now resides in Arizona, US, has since done a U-turn, claiming his words were an “error”.

ROLAND SCHOEMAN: I MADE AN ERROR

Roland Schoeman courted controversy over the weekend after he publicly disagreed with Professor Mosa Moshabela’s suggestions on “how to live with Omicron”.

The professor suggested that a “high level of vaccinations and other forms of interventions” should be an objective for South Africa.

To which Roland responded: “And how well are extremely high vaccination countries doing relative to lower? Look at states like Florida wide open sporting events, music events. Industry is thriving and not even 70% vaccinated. Do some research”.

After facing a backlash over his tweet, the 41-year-old – who offered to step in as the country’s minister of sport – offered a feeble “apology”.

He tweeted: “I love you Twitter. I made an error in what I said. Thankful to have spoken directly to @MoshabelaMosa and found common ground irrespective of some differences in beliefs & opinions. Beautiful to see how passionate people can be”.

TWEEPS REACT: ‘STAY IN YOUR LANE’

For many tweeps, Roland Schoeman’s wording in his tweet just made things worst. Others found his lack of apology “disrespectful”.

“You didn’t make an error, you were loud, disrespectful and wrong. So your apology (and this isn’t an apology) should be just as loud”.

“Science is not grounded in “opinions & beliefs”, Roland. It’s facts and research”.

“The ONE thing I do know about swimming is to stay in your lane. The audacity of thinking you can debate this with an expert on public health.”

“So your gold medal also qualifies you to be a scientist?”

“Yeah – next time how about you do some research.”