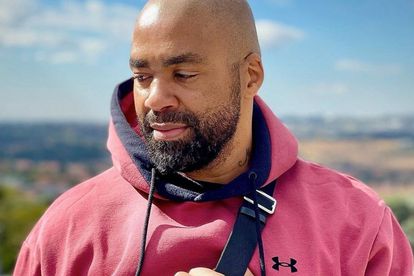 SHONA FERGUSON PASSES AWAY AT 47

Shona Ferguson, husband to actress Connie Ferguson passed away days after being rushed to hospital for breathing problems and chest pains. The 47-year-old was admitted into the intensive care unit (ICU) at Milpark private hospital in Johannesburg more than a week ago.

The Ferguson family confirmed his death in a statement, saying that he passed away due to COVID-19 related complications and not a heart operation as was initially reported by the media.

“It is with great sadness that we confirm the passing of Mr. Shona Ferguson. He passed away at noon today (Friday 30 July 2021). Mr Ferguson’s untimely passing was due to COVID-19 related complications and not a heart operation as reported by the media,” read the statement.

Ferguson was popular for his roles on several soapies and series, from Generations to the Kings of Jo’Burg on Netflix.

Shona alongside his actress wife also established their own TV production company, Ferguson Films, which serves as the production house to popular soapies Rockville and The Queen.

TRIBUTES POUR IN FOR SHONA FERGUSON

Fans, followers and celebrities took to social media to pay tribute to the former actor.

“This is really heartbreaking news. May his soul Rest In Peace. I pray that his wife, family and friends would be comforted by the Lord in this difficult time. #RIPShonaFerguson,” wrote Maimane.

South African soapie Scandal!, in which Ferguson played the role of Alex, also paid tribute to the actor via their official Twitter account.

“Our deepest condolences go out to the family and friends of television producer and actor, Shona Ferguson. We will forever cherish the moments you shared with us here at Scandal. #RIPShonaFerguson Dove of peace,” according to Scandal!’s Twitter page.