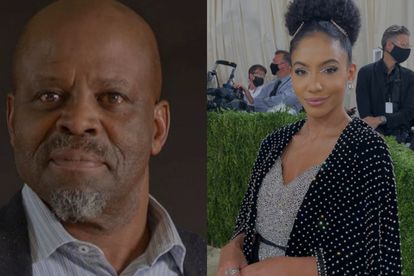 2022 has been a tough year for the entertainment industry both locally and international as we’ve lost many of those who’ve gifted us with their artistic talents — some to suicide.

Although life seems perfect for many of our stars when you’re on the outside looking in, the reality is that some of them spend years battling depression, stress, anxiety and other mental health issues.

ALSO READ: ‘Pray for me’: ‘House of Zwide’ actor Lehasa Moloi on his challenges

While others are living with these conditions, others succumb to them and we hope they are resting peacefully.

The Sondela hitmaker, who allegedly hanged himself in the early hours of Wednesday morning, was a father of two and had been in a long-term relationship with Bianca Naidoo, whom he called his wife.

Riky had previously spoken about his battle with depression in his interviews and according to Sunday World, he left a note to his children and Bianca.

“I’m sorry for being the one who gives up but the pain I feel is too much to deal with. The voices in my head have never gone away,” the letter read in part.

Former Miss USA 2019 Cheslie Kryst took her own life at the age of 30 after jumping from her high-rise New York City apartment on 30 January 2022.

Although the beauty queen reportedly left a suicide note in which she instructed all her possessions to be left to her mother, she did not reveal a motive for the suicide.

In February, the New York Department confirmed that Kryst’s death was by suicide, Variety reported at the time.

The South African hip-hop community suffered yet another loss on 10 July when rapper Tumi Tladi passed away.

A close friend and a police officer reveal to Sunday World that the 30-year-old Basadi hitmaker committed suicide by gassing himself. This is after Tladi’s family speculated that the rapper might have been murdered as they said he wasn’t suicidal.

The former The River actor committed suicide in January. He was found hanging by his wife, Mmasechaba, in their Dobsonville home.

Patrick Shai’s passing came a few days after social media backlash following a video of him challenging rapper Cassper Nyovest to a boxing match. However, at his funeral, his widow said that it was not social media that contributed to his decision.

Renowned American singer and actress Naomi Judd committed suicide on 30 April this year. The 76-year-old was also famous for her country music act duo with her daughter Wynonna called The Judds

Her passing was confirmed by her daughter, Ashley Judd, and a report, which was obtained by the Associated Press, indicates that Naomi Judd died of a self-inflicted gunshot wound in her Tennessee home.

If you’re thinking about suicide, are worried about a friend or loved one, or would like emotional support, contact these numbers for help.