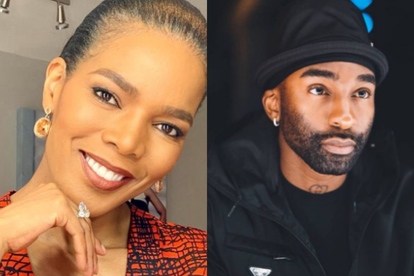 Connie Ferguson has reminded everyone to be kind and compassionate. Images via Instagram: @connie_ferguson

Connie Ferguson has reminded everyone to be kind and compassionate. Images via Instagram: @connie_ferguson

South African actress Connie Ferguson is one of many local celebrities who have weighed in on the struggles of good mental health following the passing of rapper Riky Rick. The musician committed suicide on Wednesday 23 February and sent shock waves across South Africa.

About a month ago, South Africans were left shocked when veteran actor Patrick Shai committed suicide after he was blasted on social media for swearing at Cassper Nyovest’s mother during an attempt to get a boxing match with the rapper.

This sent many locals into a panic as they discuss mental health awareness and depression – especially among celebrities who many believe should be happy because of the amount of money in their bank accounts.

One of the people who have touched on mental health is The Queen actress Connie Ferguson. Taking to her Twitter page, she shared a simple yet effective message about taking care to be kind and compassionate to people – especially since you don’t know their struggles.

“Don’t be fooled by people who look like they have it all together. People are going through the most! BE KIND AND COMPASSIONATE!” she wrote.

Many people found the message profound and headed to the comment section where they shared their thoughts on Riky Rick’s passing and the importance of good mental health.

“Soccer players are suffering from the same fate of booze, girls, and cars. Now a new trend is developing within the industry. A lot must be done….or maybe the industry is just not big enough for all of the celebrities. We definitely need to be more kind and aware.”

“Yebo. People must also stop this narrow thinking, that people kill themselves because of social media trolls. Real issues are hidden in families, homes, friends. So please! IbaniKind before niLoge in kumaSocial Media.”

ALSO READ: ‘Dark place’: Riky Rick opened up about battle with depression before