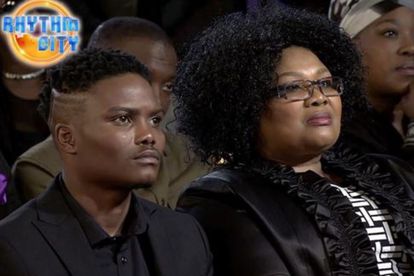 Dumi Masilela’s mother Sebatha Masilela has for the first time opened up about how her son’s passing emotionally and financially affected her family.

Masilela took the stand and surprised the court when she said that she taught some of the five men who shot her son son in August 2017.

“Some of these boys here were in the same school where I taught, Eqinisweni High School in Ivory Park in Midrand,” Masilela said.

She says Dumi’s siblings are taking care of her since the actor’s passing and that his death affected his siblings just as badly.

“The other one has resorted to drugs and alcohol abuse because of how this matter has affected him. We cannot afford to get help for him. His wife has moved on and has a child with another man,” she continued.

“I lost my job and I believe none of these things would have happened if he was still alive.”

Mosopa also revealed that they hijacked another car that evening before attempting to hijack the late actor.

The judge also handed them sentences ranging from one to 15 years each for charges of kidnapping, illegal possession of firearms and ammunition.

Dumi’s mother also told the court that she’s battling with depression because she was still mourning her husband who passed away in 2016 when she lost her son.

She also revealed that Dumi’s 72-year-old aunt Grace Mahlangu passed away on the same day (3 August 2017).

When the paramedics arrived, they said she was in shock and pain and that her death was a result of a diabetic coma.

Her diabetic levels were high. I lost my son and sister-in-law on the same day while I was still mourning the death of my husband.

Dumi Masilela’s wife, Simphiwe Ngema, sat down with podcaster MacG of MacG’s Podcast and Chill and revealed that she does not follow the case.

The actress has not commented about her late husband’s sentence proceedings as she’s made a conscious decision not to follow the trial because losing him was a big burden already.

She recently posted a picture of herself on her Instagram account and told her followers that she’s proud of the woman she has become.