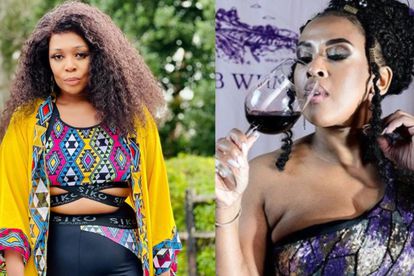 Mabusi Seme reveals that she is no longer friends with Nonku Williams. Images via Instagram @mabusilicious @nonku_williams.

Mabusi Seme reveals that she is no longer friends with Nonku Williams. Images via Instagram @mabusilicious @nonku_williams.

Real Housewives of Durban (RHOD) star Mabusi Seme opened up about her failed friendship with Nonku Williams in a sit-down interview with influencer and Youtuber Lungelo KM on Engineer Your Life.

MABUSI: ‘THEY ALLOCATED ME TO BE NONKU’S FRIEND’

Mabusi Seme revealed that she was casted on the Real Housewives of Durban (RHOD) to be Nonku William’s friend but she ended up being closer to Nonkanyiso “LaConco” Conco. She said that she felt LaConco was more accepting of her.

“I’ve always been open to a friendship with Nonku, it’s unfortunate it turned out the way that it did. Hence I became friends with LaConco because she accepted me as I am and for who I am. I don’t have to be at a certain level of life to be someone’s friend or for a person to appreciate me,” she said.

She went on to say that she and Nonku are no longer friends.

“I’m not her friend anymore and I’m not trying to be her friend,” she continued.

“I was approached to be a housewife, but I refused as I thought I didn’t have enough content for that so they allocated me to be Nonku’s friend,” she continued.

The RHOD star says she and LaConco accept each other for who they are.

“I accept her (LaConco) as much as she has accepted me,” she said.

Mabusi went on to say that who LaConco is not dating (or isn’t dating) does not change anything. This could be a reference to Petal – LaConco’s “love interest” on the series.

Mabusi previously revealed that LaConco was in a “situationship” with Petal.