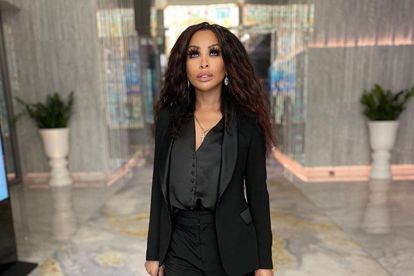 After American-based cable network Bravo announced the Real Housewives franchise is expanding to Dubai on 1 November, Mzansi is calling for actress Khanyi Mbau to join the cast.

Khanyi Mbau left her businessman boyfriend Kudzai Mushonga “high and dry” in Dubai on 31 August. She then returned to the city of gold on 30 September and hinted that she had permanently relocated there.

After Bravo announced that the Real Housewives franchise will be expanding to Dubai, Mzansi is now calling for Khanyi to join the cast of the show.

WHAT TO EXPECT FROM THE ‘REAL HOUSEWIVES OF DUBAI’

The first “Real Housewives” installment was The Real Housewives of Orange County, which aired in 2006. The franchise has since grown across the globe in cities such as Toronto in Canada, Napoli in Italy, Bangkok in Thailand, Sydney and Melbourne in Australia.

South Africa has also had two cities — Durban and Johannesburg added to the list. Now, Bravo announced the Real Housewives of Dubai will premiere in 2022.

“Everything’s bigger in Dubai and I couldn’t be more excited to launch Bravo’s first international ‘Housewives’ series in a city I’ve been fascinated by for years, with an outstanding group of friends as our guides,” said executive producer Andy Cohen in a statement.

With the United Arab Emirates as their backdrop the ladies will showcase the “over-the-top opulence, jaw-dropping modern architecture and wild nightlife scene,” of Dubai.

Bravo has not yet released a cast list for the series.

CAN KHANYI BRING THE DRAMA?

The Happiness is a Four-letter Word star is many things but she is not boring. Her recent “great Dubai escape” would have made for a storyline of an entire season of the show. Zalebs reports that Khanyi had two cars repossessed by the bank and had to downsize her home last year.

However, her rich boyfriend certainly does know how to spoil her.

Is she a wife? Khanyi and Kudzai sparked speculation of marriage after the businessman referred to her as “Mrs K”. However, there was no solid evidence to whether the pair had already gotten married.

Fans and followers seem to believe that she is now engaged after she shared a picture on Instagram sporting a huge diamond on her ring finger.