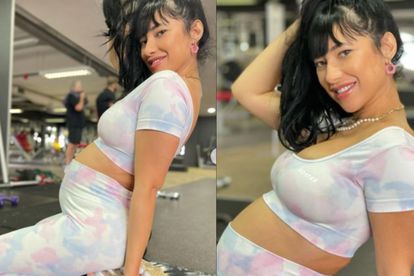 Entrepreneur Rushda Moosajee, known as RushTush, revealed that she was pregnant with her fourth child on the latest episode of The Real Housewives of Cape Town which aired on Mzansi Magic on Sunday 24 July.

Rushda Moosajee, who is well known as “RushTush” revealed that she is pregnant with her fourth child. She took a pregnancy test on the show and expressed that she did not want to be pregnant because this was her year to travel and have fun.

“I was not in anticipation of a positive result. 2022 was my year to travel, have fun and my mindset was elsewhere,” she said.

RushTush also revealed that she has been pregnant “every year”.So, she is probably referring to the last three to four years.

“And it turns out that I’m pregnant. It’s a lot for me to process. I need some time, a therapy session or two to over come my reality. My son is not even one years old yet. I’ve literally been pregnant every single year,” she continued.

“There goes my girl’s trip. Mom of four loading,” she added.

ALSO READ: Who is Mrs Leo? Five things to know about the ‘RHOCT’ star

RushTush is married to founder and director of Mabel Group, Ismael Ebrahim. The pair welcomed baby Ramzi earlier this year and they also have two other sons together – Haydar (4) and Malik (1).

The RHOCT star gushed over her husband on Father’s Day.

“He was born to be a dad. No one can get the boys out of the house faster, and he changes a nappy faster than I ever could,” she said according to IOL.

Ebrahim loves being a dad and loved unconditionally by his kids.

“The most rewarding thing about being a dad is looking into my boys’ eyes and knowing and feeling sincerely and unconditionally loved by my kids,” he said to the publication.

ALSO READ: ‘You are disrespectful’: Inside Mrs Leo & Rooksy’s drama on ‘RHOCT’