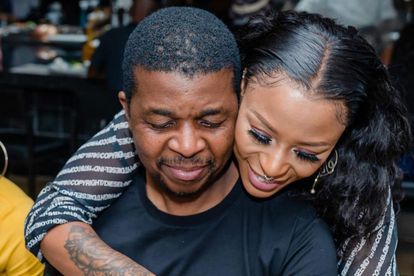 DJ Zinhle, revealed that DJ Oskido gifted her R200 000 when he found out she was pregnant with her first child, on the latest episode of DJ Zinhle: Unexpected which aired on Saturday 2 October.

On the latest episode of DJ: Zinhle Unexpected, the entrepreneur was concerned about telling her family and friends that she is pregnant again. She was also concerned about her age.

The Umlilo hitmaker expressed that her close friend DJ Oskido was supportive of her when she was pregnant with her first-born. DJ Zinhle and rapper AKA have a six-year-old daughter together named Kairo Forbes.

“I feel like it’s so tough to report to everyone that I am a fifty-thousand-year-old who’s pregnant … he was [cool with me when I told him I was pregnant with Kairo] he even gave me money,” she said.

DJ Zinhle went on to mention that Oskido actually gifted her a whopping R200 000!

ALSO READ: How many episodes of ‘DJ Zinhle: Unexpected’ is AKA’s mom in?

THE ARRIVAL OF BABY ASANTE

The episode was shot when DJ Zinhle was around four months pregnant with baby Asante. DJ Zinhle and Murdah Bongz welcomed baby Asante to the world on 8 September. This is the pair’s first child together. However, they have one child each from previous relationships.

During the latest episode of the reality show, DJ Zinhle and Murdah Bongz discuss whether he will pay damages to her family. Although DJ Zinhle’s family is requesting that the father of two pay damages, the businesswoman does not want him to do things just to appease her family.

Another big revelation from the episode was that DJ Zinhle had to have surgery done while pregnant with Asante, to strengthen her cervix. She said that this was done because her cervix was weak and the doctors did not want it to tear while she was carrying her baby.

She also revealed that she had to get this procedure done during her first pregnancy as well.

WATCH THE TEASER FOR THIS WEEK’S EPISODE HERE