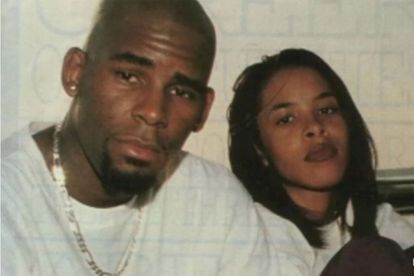 A former manager for singer R Kelly has testified that the Happy People hitmaker married 15-year-old Aaliyah because he thought she was pregnant with his child. At the time, Kelly was 27.

Demetrius Smith testified in the singer’s sex-trafficking trial in a New York court York on Friday, 20 August 2021. Smith worked as R Kelly’s assistant and tour manager between 1984 and 1996.

The 54-year-old star, whose full name is Robert Sylvester Kelly, faces a string of charges: one count of racketeering with 14 underlying acts, including kidnapping, forced labour and sex trafficking.

One of the bombshells to come out the trial was that he had a sexual relationship with R & B singer Aaliyah, who was only 13 years old at the time, and had worked with Kelly on her album, coincidentally titled Age Aint Nothing But a Number.

Smith, who returns on Monday to continue his testimony, told the court that Kelly married his underage girlfriend to protect himself and the young singer, after learning she was pregnant (the pregnancy claims would turn out to not be true)

He said back in 1994, Kelly came up to him at a concert in Orlando, Florida.

“Aaliyah is in trouble, we need to go home… Aaliyah, man, she thinks she’s pregnant,” Smith said Kelly then confessed to him.

He said Kelly then flew to Chicago immediately and had a minister marry him and Aaliyah in a hotel. When asked by a prosecutor what he thought Kelly needed protection from, Smith replied: “I guess jail.”

Smith admitted to the court that Kelly often flirted with Aaliyah.

“I just thought they were too playful, too friendly…he was seducing her,” he said.

He also admitted to paying a $500 bribe to secure a fake ID for Aaliyah so that the wedding could happen.

According to prosecutors, Kelly marrying the young songstress was all to protect himself from criminal charges because a wife can’t be forced to testify against a husband. Aaliyah died in a plane crash in 2001.