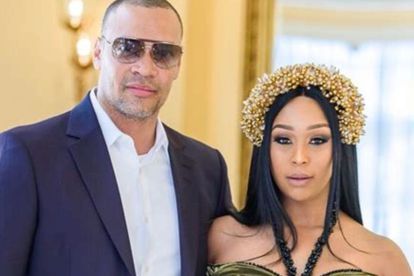 Controversial blogger Musa Khawula says businessman Quinton Jones has confirmed his baby mama and estranged-wife Minnie Dlamini cheated on him. This is after Dlamini and Jones rubbished infidelity rumours and separated earlier this year after four years of marriage.

Rumours of Dlamini cheating on her baby daddy began earlier this year when Khawula stated she cheated on him with businessman Edwin Sodi.

In a joint statement with her ex-husband Quinton Jones, Dlamini said they are aware of the rumours and they are not true.

“We have been made aware of various allegations regarding our divorce circulating on social media since yesterday. Without saying much more, all the allegations made are false, damaging, and malicious,” the statement reads.

“Our shared priority is to remain friends and co-parent our son. We kindly ask that you allow us to go through our private processes without dragging ourselves, our families, and our loved ones into baseless rumours and social media sensationalism. These baseless rumours affect not only us but our child.”

“Considering the nature of the allegations made, legal action will be taken against the relevant parties.”

Dlamini and Jones also released a statement earlier this year which confirmed that she and husband of four years Quinton Jones were getting divorced.

“Lol I don’t understand men who marry these women honestly, I mean they are for the streets, you can’t change what can’t be changed.”

“When a woman cheats it’s always “we fell out of love” but when a man cheats the whole world will know through the woman.”

“Nxaaa worse part it could even be a lie now Minnie will be getting bullied over some rumours.”

“Now I’m starting to think she also cheated on Khune.”

“Marriage is a contested terrain. At worst it’s the survival of the fittest if you understand Darwinism.”

“So in other words Edwin stealth her from Quinton or who was it Musa.”

ALSO READ:‘Do not divorce’: Minnie Dlamini jokes about being single amid cold front