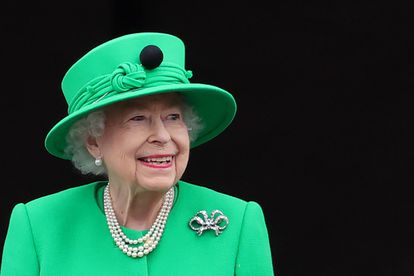 Queen Elizabeth II travelled to Scotland on Monday for a week of royal events and took part in a ceremony in Edinburgh, despite question marks over her attendance.

It was the first public appearance for the 96-year-old monarch, who has been dogged by ill health, since her Platinum Jubilee celebrations ended on 5 June.

She had previously held audiences at Windsor Castle with foreign diplomats and the Archbishop of Canterbury but had not been certain to travel to Edinburgh.

She took part in the Ceremony of the Keys, which sees her handed the keys of the city and welcomed to her “ancient and hereditary kingdom” of Scotland.

Other members of the royal family attending the event at the Palace of Holyroodhouse included her youngest son, Edward, and his wife Sophie.

WHO ELSE IS THERE?

The queen’s heir, Prince Charles — called the Earl of Rothesay in Scotland — and her only daughter, Princess Anne, are also in Scotland this week.

The monarch’s disgraced second son, Prince Andrew — the Earl of Inverness north of the border — is not involved.

He has been frozen out of royal duties due to public outrage at his links to the convicted sex offenders Jeffrey Epstein and Ghislaine Maxwell, and after he settled a US civil claim for sexual assault.

In May, royal officials said the queen would not attend this summer’s royal garden parties at Buckingham Palace and at Holyrood.

She spent an unscheduled night in hospital last October, forcing her to cancel a series of public engagements.

She has since complained of difficulties walking and standing, and has increasingly been seen using a stick for support.