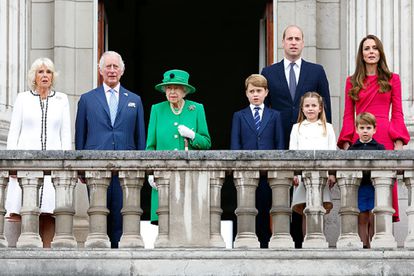 What will happen to Queen Elizabeth II‘s wealth has been the subject of some news items since her passing on 8 September 2022 at the age of 96 at Scotland’s Balmoral Castle.

According to Fortune, Queen Elizabeth II leaves behind over $500 million (more than R8 billion) in personal assets from her 70 years on the throne, which Prince Charles will inherit when he is crowned king.

The Queen’s fortune — and what happens to it now — are complicated, despite the fact that much of what is perceived as her property actually belongs to the “Royal Firm” an empire that former members of the British royal family like King George VI and Prince Philip once referred to as “the family business.”

The Sovereign Grant, an annual payment made to the British royal family by taxpayers, provided revenue to the Queen. It is rooted in a deal King George III made to give up his income from Parliament in exchange for a set annual payment for himself and future royal heirs. It was once referred to as the Civil List until the Sovereign Grant took its place in 2012.

These funds are designated for official travel, property upkeep, and operational or maintenance expenses for Buckingham Palace.

But that’s not all. The Firm, sometimes known as the Monarchy PLC, is a collection of prominent figures from the House of Windsor, the monarchy’s reigning family, of which the Queen served as head. They jointly run what might be described as a global economic empire that annually injects hundreds of millions of pounds into the British economy through televised events and tourism.

According to Forbes, the monarchy has unsellable real estate holdings worth close to $28 billion (over R400 billion) as of 2021. This contains:

The Windsors don’t personally benefit from the business, but it serves to stimulate the economy, which can then bring them wealth through free media coverage and royal warrants.

Apart from the Crown Estate, the private expenses of the Queen and her extended family are paid for through a separate allowance called the Privy Purse. The Queen’s Privy Purse, which gives the Majesty private income from the Duchy of Lancaster, is essentially a portfolio of assets that have been held in trust since the 14th century.

Personal possessions of the Queen

According to Business Insider, the Queen has amassed millions in personal assets, mostly as a result of her investments, art collection, jewelry collection, and real estate holdings, which include the Sandringham House and the Balmoral Castle. Most of her personal belongings will now be given to Prince Charles when he ascends to the throne.

When the Queen Mother passed away in 2002, the Queen also received investments in artwork, a stamp collection, fine porcelain, jewels, horses, and even a Faberge egg collection. The collection of paintings includes pieces by Monet, Nash, and Carl Fabergé.

A Game of homes?

The New York Post claims that for the many grand houses and palaces, we are now likely to witness what has been called the “Game of Homes,” with many of the royals moving and Prince Charles deciding who lives where.

“He will obviously get priority, while Prince William and his son Prince George will get second dibs,” writes Nicole Lampert. “Charles’ London abode will be Buckingham Palace, although he is also expected to open up more rooms to the public.”

While Prince William and Kate Middleton are likely to move into Windsor castle where the queen permanently relocated earlier this year, it is believed that Balmoral, may be turned into a museum. Clarence House – once earmarked for Prince Harry – will reportedly be saved for when Prince George comes of age, while Sandringham may become his country estate.