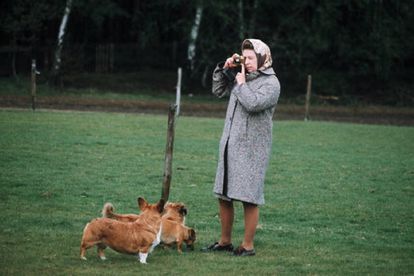 As the world mourns the death of the longest-reigning monarch in British history, Queen Elizabeth II, many royal fans wonder what will happen to the Queen’s beloved corgis.

What will happen to Queen Elizabeth’s corgis?

Princess Diana famous called them a “moving carpet” always by the Queen’s side. At the time of her death at age 96 on 8 September 2022, the Queen owned four dogs – two pembroke welsh corgis named Muick and Sandy, one older dorgi named Candy and a cocker spaniel named Lissy.

The corgis will now live with the person who gifted them to the monarch: Her son Prince Andrew, a source close to the Duke of York told NBC News.

Despite their divorce in 1996, Sarah still lives with Andrew. The dogs were reportedly a topic that the Duchess and the Queen regularly spoke about.

She reportedly “bonded with the Queen over dog walking and riding horses and even after her divorce, she would continue her great friendship with the Queen, by walking the dogs in Frogmore [House] and chatting,” the source said.

|t is not clear where the Queen’s two other dogs will live, but it has been widely speculated that they would most likely go to the monarch’s family.

A dog fit for a queen

Queen Elizabeth owned more than 30 corgis and dorgis during her reign, most of which descended from her first corgi, Susan, who was gifted to her on her 18th birthday in 1944, according to Buckingham Palace. Not only did these corgis live in a palace, but they also had their own special room, a personal chef, their own stockings at Christmas, and later buried in the Queen’s personal cemetery.

Over the years, some of the corgis were bred with dachshunds to create dorgis. One of the dachshunds was Pipkin, who belonged to the Queen’s sister, Princess Margaret, the palace said according to Entertainment Online.

Throughout her reign, the Queen’s dogs often accompanied her during her trips to her residences. In 2016, the Queen was accompanied by her corgis Willow and Holly and dorgis Vulcan and Candy for the official photographs of her 90th birthday.

Holly passed away in 2016, while Vulcan died in 2020. In 2018, the Queen mourned the passing of corgis Whisper and Willow, who was her last remaining home-bred corgi and who famously starred with her and Daniel Craig in a comedy sketch that aired during the 2012 Summer Olympics in London.

The end of an era

It was previously reported that the Queen actually stopped breeding pembrokeshire welsh corgis around 2022 because she did not want to leave any behind when she dies.

The last of these was Willow, who was believed to be part of the 14th generation in the line. In 2015, Monty Roberts, a horse trainer who advised Queen Elizabeth, confirmed the Queen’s reasoning behind this, saying that she chose to stop breeding her pups as “she didn’t want to leave any young dog behind” after she dies.