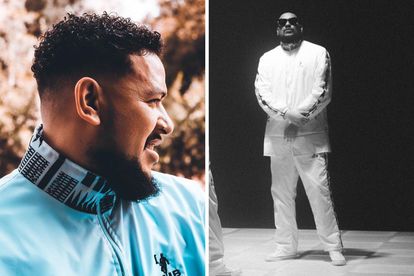 AKA has responded to a premonition by a prophet predicting a celebrity’s death.
Image via Twitter
@akaworldwide

AKA has responded to a premonition by a prophet predicting a celebrity’s death.
Image via Twitter
@akaworldwide

AKA has seemingly responded to a premonition about the “imminent death” of a celebrity – reportedly by prophet Mellontik Orasi – and he is not impressed!

AKA RESPONDS TO PREMONITION OF DEATH

On Tuesday 8 August, AKA revealed his annoyance with “men of God” who deliver prophetic messages of death.

“People need to stop scaring others by offering their unwanted and unrequested ‘prophesies’ and ‘dreams’ absolutely RANDOMLY. God is a God of love and warmth, not FEAR. Anyone who tries to scare you or make you fearful is not a messenger of GOD. You will know God’s voice”

“GOD is a not a God of fear. Anything or anyone that seeks to make you fearful of anything is not from God”

“People will say the craziest s**t to you … OUT OF THE BLUE as complete and total strangers. It’s wild”

When one follower appealed to AKA to “respect anyone that mentions the name of God to you”, AKA clapped back:

“That’s not how it works … read the scripture … respect anyone who mentions the name of God to you? No, God is a God of SIGNS AND WONDERS”

AKA’s message was seemingly directed at Zimbabwean-born prophet Mellontik Orasi, who is known for his sermons and Facebook premonition posts.

On Monday, the prophet shared in a series of posts:

“A very sad day as two entertainers on the TV set rest before year-end, male and female.

In June, the outspoken preacher “predicted” the death of Kelly Khumalo whose name has been a hot topic amid the Senzo Meyiwa murder trial.

In his since-deleted Facebook post, Orasi wrote: “Until the [court] case is over. Proper security is needed for Kelly, cold-blood murder. Don’t kill her!”

A month earlier, the prophet reportedly predicted the death of “a male celebrity in the South African arts industry dying shortly if prayer is not made”.

But whilst he did not name any names, the prophet claims his prediction was fulfilled after news broke of Jamie Bartlett’s death on 23 May. He shared a picture of Jamie Bartlett on Facebook following the news with the caption: “May he rest in peace”.

The prophet also claims he predicted the death of actor Shona Ferguson and rapper Riky Rick.

Meanwhile, fellow Zimbabwean prophet Ivan Ndlovu has twice warned actress and personality Khanyi Mbau that her “life is in danger”

The Divine Kingdom Baptist Ministry prophet has alluded to claims that Khanyi Mbau – whom he called “KM” would befall an “early grave”.

He said: “The person has not changed. Instead, the person concerned has become worse. We must pray for God to lengthen her days. She can make fun of the messages that we speak. But one day is one day”.

Posted by Divine Kingdom Baptist Ministries on Sunday, 22 May 2022