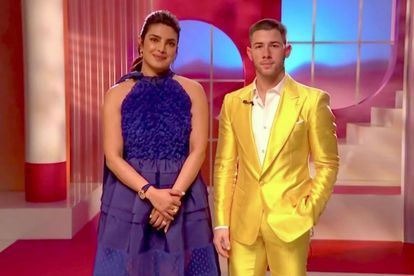 Priyanka Chopra and Nick Jonas have been hit by rumours of a split
Image via: Handout/AMPAS via Getty Images

Priyanka Chopra and Nick Jonas have been hit by rumours of a split
Image via: Handout/AMPAS via Getty Images

Priyanka Chopra and Nick Jonas have been hit by rumours that their marriage is in crisis – and it all has something to do with the former’s social media handles.

The actress and her singer husband have been married since 2018. But despite recently celebrating Diwali in their new home, fans are convinced something is amiss…

According to rumours, followers think Priyanka Chopra has split from Nick Jonas after she removed his surname from her social media handles.

The star officially changed her Instagram and Twitter handles to “Priyanka Chopra-Jonas” after her elaborate nuptials in 2018.

But recently, the former beauty pageant has dropped “Jonas” and simply goes by her maiden name.

However Priyanka Chopra has unofficially shut down rumours that all is not well in her marriage. The Matrix Resurrections actress fangirled over her husband’s latest IG post.

Nick Jonas posted a video of him working out on his Instagram feed. And wifey Priyanka jumped straight into the comments section to claim her territory, posting; “Damn! I just died in your arms [in love emoji] “.

The episode will see siblings Joe, Nick and Kevin Jonas ripped to shreds by each other and their wives Sophie Turner, Priyanka Chopra and Danielle Jonas respectively.

The special episode is hosted by SNL star Kenan Thompson. Pete Davidson, Niall Horan, John Legend and many others will also make an appearance.