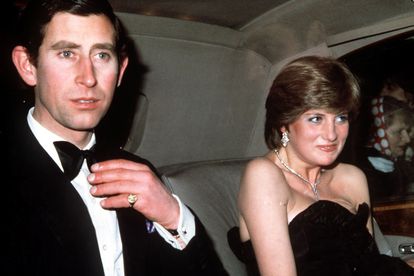 According to Scotsman, the 1981 Ford Escort was an engagement present to the Princess from her then-fiancé, Prince Charles. She was frequently spotted driving the vehicle until it was sold in August 1982.

A secret for 20 years

It is believed that the current owner – who is a “great admirer” of the princess – kept its origins a secret for 20 years.

Now, the car that was listed at Reeman Dansie’s Royalty, Antiques and Fine Art Sale in Essex, sold for £47 000 (R933 536,56) at the auction. It has its original registration, 133 575km on the clock and original paintwork and upholstery.

What’s more, the car also has a copy of a silver frog mascot given as a gift to the princess by her sister, Lady Sarah Spencer.

The auction comes days before Princess Diana’s sons, Prince Harry and Prince William are due to set aside their differences at an unveiling of a statue made in her honour.

The princess, who was killed in a car crash in Paris in 1997, will see a statue erected in her honour at her former home, Kensington Palace on 1 July.  The date will mark what would have been the Princess of Wales’s 60th birthday.

Prince Harry and his brother Prince William originally announced the statue’s commission in a joint statement in January 2017:

“It has been 20 years since our mother’s death and the time is right to recognize her positive impact in the UK and around the world with a permanent statue. Our mother touched so many lives. We hope the statue will help all those who visit Kensington Palace to reflect on her life and her legacy.”

The unveiling comes during an interesting moment in the brothers’ lives, as this is only the second time Prince Harry has returned to the UK since he and Meghan stepped back from their royal roles in 2020, according to Elle.

“It is also only his second visit since the couple’s bombshell interview with Oprah Winfrey aired in March 2021, during which the Duke and Duchess of Sussex called out the palace.