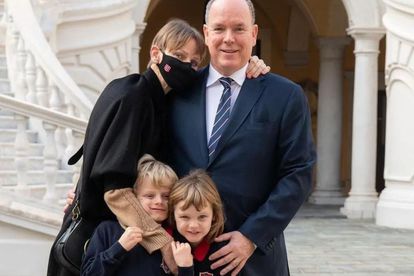 Friends close to Princess Charlene have reportedly denied claims she was paid by her husband Prince Albert to return to the public eye.
Image via Instagram
@hshprincesscharlene

Friends close to Princess Charlene have reportedly denied claims she was paid by her husband Prince Albert to return to the public eye.
Image via Instagram
@hshprincesscharlene

Princess Charlene’s close friends have rubbished reports that she is “being paid” by her husband Prince Albert, insisting she is “happy to be back” home.

The South African-raised royal has come under the spotlight again after she resumed royal duties last month. But critics think that her return has something to do with allegations she has received a hefty paycheck from her Monaco heir husband.

Princess Charlene and Prince Albert have been marred by allegations of a marriage breakdown. Rumours are also rife that Charlene’s absence – due to health woes – was an elaborate front.

Princess Charlene has been out of the spotlight following a series of health issues; including a sinus infection and surgery in South Africa last year. The mom of two spent 10 months in the country as she recovered following the setbacks.

Upon returning to Monaco, Charlene was whisked away to Switzerland in November, where she was reportedly treated for exhaustion. Last month, the 44-year-old royal was reunited with her family over reports of her continuing her recovery in Monaco.

According to the French publication Voici, Princess Charlene allegedly signed an “ultra-confidential contract”, that would grant her 12 million euros (over R200 million) per year, provided she fulfilled her royal duties.

But friends close to the blonde beauty have labeled this as false.

Speaking to Page Six, a source close to the royal said: “Of course, she has a generous prenup, but Albert doesn’t have to pay her to stay.”

The insider added that Princess Charlene is “happy” to be back with her family.

It continued “After being away for so long during her illness, Charlene is so happy to be back with Albert and the kids. They spend every weekend in their country place. Albert is fully supportive of Charlene and is also helping her with her charities.”

Over the past few days, Princess Charlene has been spotted alongside Prince Albert at several royal appearances.

They include attending the Sainte Devote Rugby Tournament last week alongside her husband and seven-year-old twins Jacques and Gabriella.