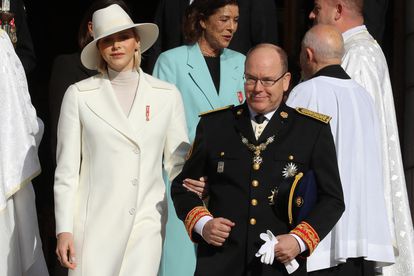 Princess Charlene of Monaco shared an update of her delayed stay in South Africa, saying that she is thrilled to have reunited with Prince Albert and her six-year-old twins, Princess Gabriella and Prince Jacques.

This is the second time that her family has made their way to South Africa to visit her this year.

Princess Charlene recently underwent an operation in South Africa after contracting an ear, nose and throat (ENT) infection in June. The princess opened up about the experience herself, saying that she underwent a sinus lift and bone graft in preparation for dental implants in May. This surgery was performed prior to her mid-May arrival in South Africa, where she has been actively campaigning for wildlife protection and is continuing to convalesce.

She then sensed a problem in June when she began suffering extreme soreness in her ears. The princess ultimately had to reside in South Africa – where she grew up after being born in Zimbabwe – as she can’t fly above 20 000 feet.

Now, after spending time with her family by virtual means for months, they have been reunited.

Princess Charlene went on to share a photo of her family, pointing out that her daughter, Princess Gabriella gave herself a haircut.

After various reports suggested that Princess Charlene and Prince Albert’s fairytale is over as the prince faces another paternity suit over a love child born in the early years of their relationship, the princess opened up about her time in SA in an interview with Radio 702.

She said that she hopes to return to Monaco in October 2021.

“Initially, I was supposed to be here for 10 to 12 days. Unfortunately, I had a problem equalising my ears, and I found out through the doctors that I had a sinus infection, and quite a serious one,” she explained. “So, it’s taking time to address this problem that I’m having. I cannot force healing, so I will be grounded in South Africa until the end of October.”

On 1 July, Princess Charlene shared a video documenting her royal wedding to Prince Albert on her official Instagram page after the couple spent their 10th anniversary apart.

In a statement, Charlene explained she would not return to her family in time for the anniversary, saying that this is the first year that she will not be with her husband on their anniversary.

“It is difficult and saddens me. However, Albert and I had no choice but to follow the medical team’s instructions even though it is extremely difficult. He has been the most incredible support to me. My daily conversations with Albert and my children help immensely to keep my spirits up, but I miss being with them.”