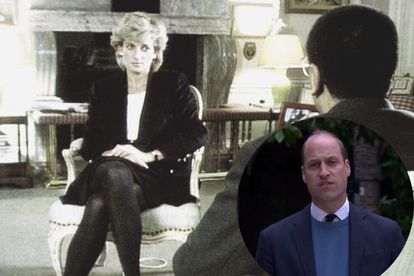 Prince William recently clapped back at the BBC’s failings over its interview with his mother, the late Princess Diana, for fuelling her paranoia and worsening his parents’ relationship.

According to BBC News, after an inquiry found a journalist for the broadcaster deceitfully obtained an interview with her in 1995, the Duke of Cambridge said he was “most saddened” Diana never learned she had been deceived.

During the Panorama interview, watched by more than 20 million viewers in Britain, Princess Diana shocked the nation by admitting to an affair and sharing details of her marriage to the heir to the throne and William’s father, Prince Charles. She died in a Paris car crash in 1997 at the age of 36.

“It is my view that the deceitful way the interview was obtained substantially influenced what my mother said. The interview was a major contribution to making my parents’ relationship worse and has since hurt countless others,” William said in a statement. “It brings indescribable sadness to know that the BBC’s failures contributed significantly to her fear, paranoia and isolation that I remember from those final years with her.”

The father of three also said that the interview holds no legitimacy and should never be aired again.

“It effectively established a false narrative which, for over a quarter of a century, has been commercialized by the BBC and others. This settled narrative now needs to be addressed by the BBC and anyone else who has written or intends to write about these events. In an era of fake news, public service broadcasting and a free press have never been more important. These failings, identified by investigative journalists, not only let my mother down, and my family down; they let the public down too.”

In a separate statement, Prince Harry said that the “ripple effect of a culture of exploitation and unethical practices” ultimately took his mother’s life. He expressed concern such practices “are still widespread today”, adding that it was “bigger than one outlet, one network or one publication”.

“Our mother lost her life because of this, and nothing has changed. By protecting her legacy, we protect everyone, and uphold the dignity with which she lived her life,” he said.

According to Reuters, the BBC set up the investigation, headed by former senior judge John Dyson, in November 2020 following allegations from Diana’s brother Charles Spencer that he had been tricked into introducing her to Bashir.

The report found that Bashir, then a little-known reporter, had shown Spencer fake bank statements suggesting that Diana was being bugged by the security services and that two senior aides were being paid to provide information about her.

After it was aired, Bashir repeatedly lied to his bosses about how the interview was obtained, the report said. As questions continued, BBC managers failed to scrutinise his version of events properly and covered up facts about how Bashir had secured the interview.

The inquiry found that the BBC had fallen short of the “high standards of integrity and transparency which are its hallmark,” and the BBC has written to Buckingham Palace to apologise.