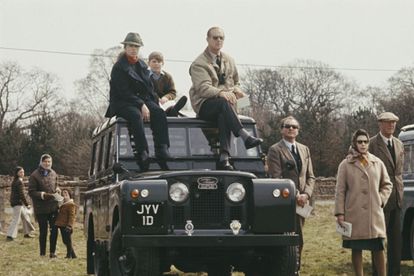 Prince Philip took his love for Land Rovers to another level by designing his own custom-made Land Rover Defender hearse for his funeral taking place on Saturday 17 April 2021.

After the prince was hospitalised earlier this year, he reportedly talked to the Queen and his wife of 73 years about his funeral wishes. One of these wishes was to be carried in a Land Rover hearse.

The royal family released details of these plans ahead of the funeral saying that the Land Rover will be used to carry Prince Philip in a slow procession from the State Entrance of Windsor Castle through the grounds to the West Steps of St George’s Chapel, followed by the Prince of Wales and other members of the Royal family on foot.

According to 2OceansVibe, the Duke of Edinburgh had been quietly modifying the Land Rover Defender TD5 130 for 18 years, making the final adjustments two years before his death. He had requested a repaint in military green, as a nod to his deep relationship with the military, as well as designing the open-top rear and making special “stops” to secure his coffin in place.

The vehicle also has matching green wheel hubs, a black front grille, a single cab and no registration plates.

For the love of Land Rover

According to Car and Driver, Land Rover’s relationship with the British royal family goes back almost to the company’s origins.

The 100th vehicle built was presented to King George VI, the Queen’s father. But Land Rover was still a single-model offshoot of the larger Rover car company when Elizabeth became queen in 1952. By the 1970s – and the launch of the Range Rover – the Duke’s long-term relationship with posher Land Rover products got underway. He seems to have owned, leased, or at least driven one of every generation of Range Rover. What’s more, the Duke used Land Rovers throughout his adult life and granted his Royal Warrant to Land Rover over 40 years ago.

However, his driving career effectively ended after a crash in a Freelander near another royal estate, Sandringham, in February 2019.

A deep interest in vehicle design

“We are deeply privileged to have enjoyed a very long and happy association with the Duke of Edinburgh over many decades,” he said. “We are also honoured that the Land Rover which the Duke designed will be used at the funeral on Saturday”.