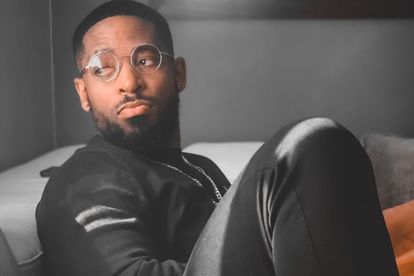 Just a few months after his cheating scandal surfaced, Prince Kaybee feels comfortable enough to venture into some controversial comments regarding his views on masculinity via a tweet on Saturday 21 August.

DJ Prince Kaybee landed himself in hot water after sharing his opinion on masculinity.

The Club Controller hitmaker gave out some advice to the “gents”, telling them that masculinity is a trait they need to possess in order to be successful. He went on to add that men should never have to tone it down to “appear” equal.

“Gents, there’s nothing toxic about being masculine. You need that trait as a man to thrive, protect yourself, your loved ones and be successful. No one must ever tell you to tone it down so that you appear equal,” wrote Prince Kaybee.

He thereafter defended his opinions saying that he not a rapist nor an abuser and he has advocated for women in the past.

“I’m not a rapist or an abuser, infact I think I have OPENLY advocated for women more than any other Dj in SA. There’s men and women that kill, rape, abuse and molest, MEN AND WOMEN. Masculinity is a component of being a man, we need strong men to protect women,” continued Kaybee.

Although Prince Kaybee is saying he is not a rapist or an abuser, he has still hurt women with his actions.

In May, Prince Kaybee confirmed that he cheated on his long-time girlfriend radio presenter Zola Ayabulela Mhlongo via a tweet.

This follows his alleged side-chick, named Eurica bringing the receipts of their flirty messages and meet-ups. DJ Hazel Mahazard was also caught up in Prince Kaybee’s cheating drama as she shared his nudes on Twitter.

Other Tweeps thought Prince Kaybee’s logic did not add up, asking if he’s suggesting society needs strong men to protect women from the same strong men.