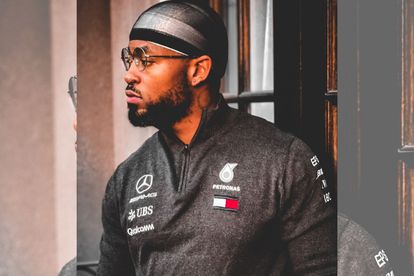 Prince Kaybee is certainly one of Mzansi’s most outspoken musicians. The Fetch Your Life hitmaker isn’t afraid to share his opinions on Twitter. He speaks out about his fans being blocked for defending him.

The multi-talented musician says he is aware that people who defend him on Twitter, have ended up being blocked by his fellow industry peers. He shares that he’s even scared to appear on the red carpet, saying that he would be burnt if he ever attended.

“You defend me you get blocked by the whole music industry. I’m even scared of going to red carpet events, ba tlo nchesa…” He wrote.

KAYBEE AND HIS TWEETS

Shortly after Mpura and Killer Kau’s passing, the Prince tweeted something that left many tweeps raising their eyebrows. In his tweet, he said that he felt death is a situation of something that’s meant to happen.

Although Kaybee did not explicitly mention the amapiano stars, some tweeps told him that he was being insensitive, while some explained in detail what he had meant by the tweet.

ALSO READ: ‘This is not how I do things’: Legend Manqele denies leaking Mohale audio

THE PRINCE AND CASSPER NYOVEST

Kaybee and Cassper were set to go head-to-head in a boxing match but it seems the plan fell through.

Kaybee shared his thoughts on celebrities being disconnected from their fans and said they usually give away samples of their product to their celebrity friends.

Although he did not single Cassper out, the rapper responded saying he couldn’t wait to knock him out. According to Kaybee, he was offered R350 000 for the fight but says if the fight is continuing then he wants at least R2.5 million.