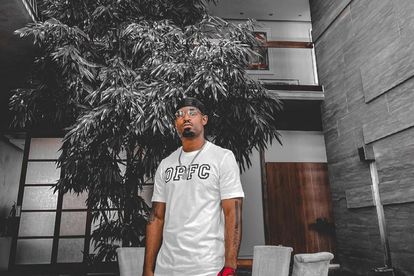 Kabelo Motsamai, popularly known by his stage name Prince Kaybee, took to the streets to protest for free education with students at the University of the Witwatersrand (Wits) and the University of Johannesburg (UJ) respectively.

The South African Student Congress (Sasco), along with other student organisations, called for a national shutdown of all universities across South Africa following the week-long protests by outraged Wits students who were not able to register due to historical debt.

During the Wits protests, the 35-year-old student Mthokozisi Ntumba was shot dead allegedly by a member of the South African Police Services (SAPS) last Wednesday 10 March. Ntumba’s death sparked strong emotions in Prince Kaybee which led to him joining the protests himself.

In light of the ongoing #FeesMustFall campaign, students are taking to the streets to protest for free tertiary education. Many celebrities are voicing their opinions and contributing towards the campaign with Prince Kaybee taking time off from his busy schedule to be present in person at the protests.

On Monday 15 March, Prince Kaybee took to Twitter to ask where the protests are taking place so he could join.

To the surprise of many, Prince Kaybee kept his word and joined the protests. He also mentioned that he is inspired by the students who are protesting “even when they are bullied, beaten and shot by the police, they kept fighting”.

A female student got injured during the protest and Prince Kaybee offered transport and support for the student. A Twitter user posted a video of Prince Kaybee assisting students to which the popular DJ humbly replied:

“She was shot right in front of me, its the least I could do.”

Many people were in awe and appreciation of Prince Kaybee physically attending a protest that most celebrities would sit back and attempt to help in other ways.

Here is what Twitter users thought of Prince Kaybee joining in:

Students also shared pictures of Prince Kaybee at the protests on their Instagram stories.