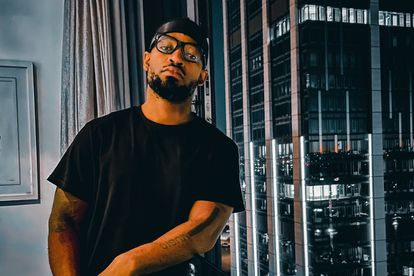 Kabelo Motsamai, also known by his stage name Prince Kaybee, was most certainly not prepared for the Twitter backlash which followed his posting a picture of himself on the social media platform on Sunday 9 May.

Tweeps are not ready to forgive Prince Kaybee for his sins after he confessed to cheating on his girlfriend and radio presenter Zola Mhlongo for the past five years. To add insult to injury, DJ Hazel Mahazard also leaked Prince Kaybee’s nudes on the public platform following his side chick Eurica coming out with the receipts of their affair.

Mahazard has since publicly apologised to Prince Kaybee after she received a letter of demand.

Prince Kaybee posted a picture of himself in Sandton on Twitter and tweeps instantly took to the comments section to drag him for his prior misconduct.

A Twitter user asked Prince Kaybee to keep the same energy he had when calling out Black Coffee for his abuse claims from ex-wife Enhle Mbali, for his “maat” AKA.

This comes after a video of traumatised Nelli Tembe went viral on social media and images of AKA breaking down a door with his bare hands. This led many people to believe she was in an abusive relationship with AKA.

However, tweeps feel as though Prince Kaybee will prefer to remain silent about AKA’s abuse claims as they are “besties”. This comes after Prince Kaybee posted a video of himself and AKA playing a friendly game of soccer.