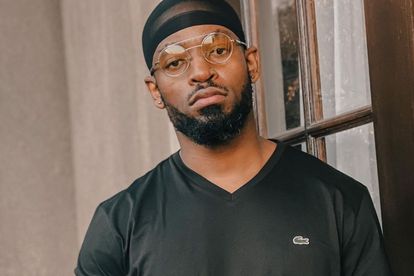 Kabelo Motsamai popularly known by his stage name DJ Prince Kaybee, took to Twitter on 30 June to announce that he will be joining Mzansi as they take to the streets to protest against lockdown level four.

Social media users feel that politicians have more than enough money and are therefore not suffering under the restrictions of the lockdown while others are. This led to a call for South Africans to protest against the lockdown.

“Politicians have not missed their paychecks, and it is unconstitutional. Their families are having more than enough and their kids lack nothing but they want to place us under extreme lockdown with no plan on how to roll out the mass vaccination to the people,” according to a poster.

The trending poster stated that the protest was set to take place on 30 June. There was no confirmed location for the protest but one poster stated “everywhere in your cities”. While another poster called for people to take to closest CBD in their province.

Although IOL reported that the anti lockdown protests were looming, there have been no reports confirming that the march had taken place.

‘I’LL BE THERE’ SAYS KAYBEE

“I’ll be there,” replied Prince Kaybee.

Although Prince Kaybee and Zola Zeelovin appeared to be #CoupleGoals on social media, the DJ was caught in the middle of a cheating scandal in May. His side chick leaked screenshots and screen recordings of their flirty messages and meet-ups which led to Kaybee confessing that he had been cheating on his girlfriend.

It seems Prince Kaybee is now a changed man. In a tweet, the Club Controller hitmaker publicly turned down a woman who was throwing herself at him.

Is he doing it for Zola Zeelovin? Prince Kaybee’s relationship status is currently a mystery since the cheating scandal. Although the pair has not removed any of their pictures together from social media, they have also not posted any pictures together since then.