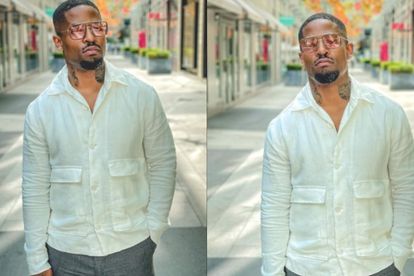 South African DJ Kabelo Motsamai, popularly known as Prince Kaybee, shared his thoughts on South African celebrities having their belongings repossessed by the bank, via a thread of tweets on 22 August.

PRINCE KAYBEE: ‘MONEY IS THERE TO BE SAVED’

DJ Prince Kaybee took to Twitter to share his thoughts on celebrities having their belongings repossessed. Take a look…

“I’ve spent the last couple of days thinking about the recent moments in the media about artist belongings being repossessed. Some of these people are problem solvers, solution driven and a reflection of hope to their families,” he wrote.

He went on to say that his brand is not clean but that is where financial health begins.

“Secondly money is there to be SAVED and My heart goes out to everyone that have been publicly humiliated for making bad financial decisions. May y’all pick yourselves up and carry on to be winners in your respective fields,” he wrote.

Prince Kaybee’s comments come after Sunday World reported that the South African Revenue Service (SARS) auctioned off his luxury furniture in May this year. The items auctioned off included a Samsung washing machine, a Samsung fridge, a Smeg dishwasher and more.

Singer Zahara was also reportedly on the verge of losing her Roodepoort townhouse after failing to make payments. However, she told Tshisa Live that she was given a six-day grace period to pay her R1.9m home loan.

Zalebs reported that she was able to save her home with the help of her fans. She went on to say that the auction that was scheduled for her home was cancelled.