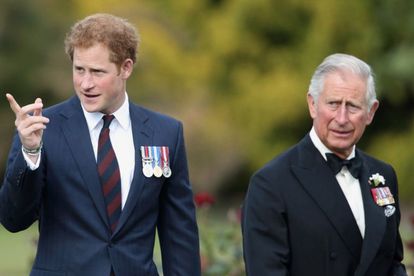 Prince Harry is expected to return to the UK for Queen Elizabeth’s Platinum Jubilee celebrations.

The 37-year-old prince – who stepped back from royal life and relocated to the US with wife Meghan, Duchess of Sussex, two years ago – is said to have taken steps to heal his rift from his father, Prince Charles, via a series of “friendly chats and video calls” and he’s now likely to fly back to England to join his family at various events being staged to honour his grandmother’s 70 years on the throne.

A source told The Sun on Sunday newspaper:

“There has been a definite thaw in relations between Harry and Charles. They are on much better terms and have been having friendly chats and video calls. It has been suggested to Harry he may live to regret any lingering family bitterness, and he has taken that on board.”

“There is a feeling he is coming back more into the fold and wants to be closer to his family.”

It is unclear in Meghan or the couple’s children, Archie, two, and seven-month-old Lili, will also travel to the UK, and it is also unknown if Harry will return for his late grandfather Prince Philip’s memorial, which is expected to be held in March or April.

Harry recently claimed he and his family have been unable to return to the UK because they feel unsafe as they are no longer entitled to police protection.

The BetterUp Chief Impact Officer is seeking a judicial review against a decision from the Home Office which prevents him from personally funding official security for himself and his family when he visits his home country.

“Prince Harry inherited a security risk at birth, for life. He remains sixth in line to the throne, served two tours of combat duty in Afghanistan, and in recent years his family has been subjected to well-documented neo-Nazi and extremist threats.”

“While his role within the institution has changed, his profile as a member of the Royal Family has not. Nor has the threat to him and his family.”

PRINCE HARRY WILLING TO FUND HIS OWN SECURITY

“The Duke and Duchess of Sussex personally fund a private security team for their family, yet that security cannot replicate the necessary police protection needed whilst in the UK. In the absence of such protection, Prince Harry and his family are unable to return to his home.”

“The Duke first offered to pay personally for UK police protection for himself and his family in January of 2020 at Sandringham. That offer was dismissed. He remains willing to cover the cost of security, as not to impose on the British taxpayer.”

“As is widely known, others who have left public office and have an inherent threat risk receive police protection at no cost to them. The goal for Prince Harry has been simple – to ensure the safety of himself and his family while in the UK so his children can know his home country.”

ALSO READ: Prince Harry launching a bid to get police protection in the UK